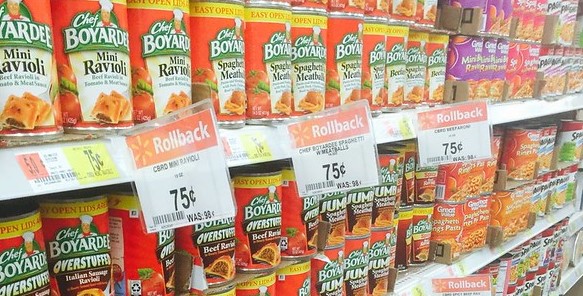 Conagra Brands had its Q2 2021 earnings call on January 7th. The results were like the packaged goods industry at large—pretty good.  The Chicago-based company, which owns various food brands across the frozen, snacks, and staples categories, posted organic net sales growth of about 8 percent. Even better, the company’s innovation initiatives accounted for about 17% of growth. “Our business remains strong in the absolute and relative to competition.” CEO Sean Connolly told investors, “And we expect Conagra to be in an even better position post-COVID as a result of our ongoing disciplined approach to investment and innovation.”

Conagra has certainly capitalized on investments, but I think it’s fair to say a good chunk of their recent success is due to COVID-19. People just aren’t eating out anymore, and that means almost all food processors are doing well. Sure, the company spent the last few years building out innovation and branding capabilities, but COVID-19 helped drive adoption.

We believe that what we are experiencing right now is the acceleration of product trial that in normal times would take years and hundreds of millions of dollars. Now, as for what’s going to sustain it through 2022 and beyond, in a nutshell, it is our people and our playbook.

He summarized it as follows:

[The playbook] works, and it will continue to work. And it’s why our growth rates, our innovation performance, our trial, our repeat — our depth of repeat metrics are often outpacing our competitors. So, you know, in the simplest sense, what we are asserting here is that modern, high-quality products with great online and in-store presence, supported by provocative and targeted messaging, will beat outdated, lower-quality products with weak online or in-store presence but lots of broadcast media every single time. And then lastly, the last part of your question, our total brand investment already is — it has been at a strong level and it remains strong.

So the big question here is, is Connolly, right?

An analysis of the categories Conagra competes in reveals that it isn’t as simple as Connolly describes.

Packaged foods is an incredibly competitive area. Almost every single one of these companies is a household name. Each has massive war chests to spend on advertising, sales promotion and product development.

In US Retail, the company is organized into three portfolios. The following table includes Conagra’s major portfolios, brands and % of revenue.

I call Conagra a legacy packaged food company because all three of their portfolios are built on practices, assumptions, and limitations constructed over the last eighty years. Note – I’d consider most food companies legacy food companies.

From a strategic perspective, management views the Staples line as a cash generator. They’re going to run it like a commodity and use the cash to invest in higher-margin segments: Frozen and Snacks.

The good news for Conagra is that they are pretty good in both Frozen and Snacks. With brands like Banquet, Birds Eye, and Healthy Choice. They currently have the second largest Frozen retail business in America. The snacking business, which contains Slim Jim, Duke’s and Angie’s, is the third fastest-growing snacking portfolio in America. Overall, their recent innovation activities are off to a good start. The bad news is the categories are constrained by forces largely out of their control.

In my opinion, the Porter Model is the most effective way to analyze an industry. Here’s how I described it earlier:

The most common way to analyze industrial competition was first popularized in Michael Porter’s classic 1979 paper “The Five Competitive Forces That Shape Strategy.” According to Harvard Business School, Porter’s article has been cited over 6,000 times, making it arguably the most influential management paper of all time. The general crux of Porter’s argument is that five disparate forces drive competition within any industry. The forces continuously change based on advances in technology and policy. It is a manager’s job to position the company to compete where they are the weakest.

In his 2008 update, Porter explained how the five forces drive profitability in the airline sector.

Rivalry Among Existing Competitors: How incumbents compete. For the vast majority of consumers, airlines aggressively compete on price.

Bargaining Power of Suppliers: There are only a few plane and engine manufacturers — giving each one additional leverage over airlines.

Threat of New Entrants: It’s a high-profile industry that new flight providers continuously enter. Some succeed (JetBlue) and some fail (Virgin and Hooters)

Threat of Substitute Products or Services: Train and car travel are always options

The “Conagra Playbook” is a traditional brand-building exercise. It’s built on maximizing their success with existing competitors and potential new entrants. It’s been successful in the short term, but a Porter Model analysis makes me skeptical if it’s truly built to last. Their innovation initiatives have seemingly worked, but they’re also within the existing framework. I question if it’s a real moat. Nearly all cited examples are more incremental brand extensions than transformative ideas. Frozen foods seem to be incompatible with the long-term grocery trend towards health and freshness. It will be interesting to see what happens once the COVID-boost that all food processors have benefited from is removed.