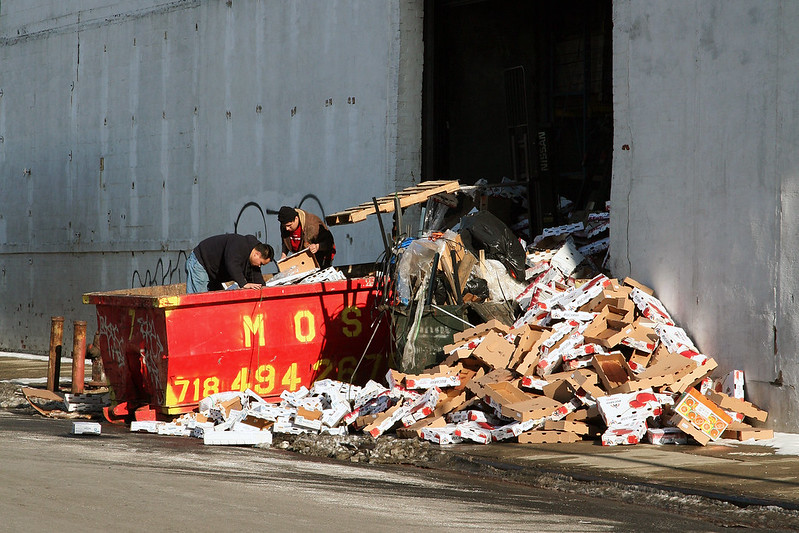 In 2020, one of the most significant issues facing consumer packaged goods manufacturers is what they should do about Amazon. Amazon controls about 50 percent of the American online market. That means that a brand’s Amazon strategy often becomes their overall e-commerce strategy.

At first glance, consumer packaged goods and Amazon seem like they should be a match made in heaven. Most CPG manufacturers’ supply chains were created to ship pallets of products to retailers–not individual packages to consumers. Amazon has a massive consumer-facing delivery infrastructure in place. In theory, CPG manufacturers should be able to piggyback off this infrastructure.

But selling through Amazon isn’t without risks. Manufacturers are at the whim of faceless algorithms that steer shoppers towards private labels. The price of fulfillment keeps rising. Anyone can open a store-front on Amazon.com and sell about anything. Just ask the dumpster divers.

These are among the dedicated cadre of sellers on Amazon who say they sort through other people’s rejects, including directly from the trash, clean them up and list them on Amazon.com. Many post their hunting accounts on YouTube.

Translated: Amazon has so little control of its infrastructure that it allows sellers to ship literal garbage.

Late one night several days before the store opened, (WSJ) reporters with flashlights and blue latex gloves visited Clifton, Clark and Paramus, N.J., scouring dumpsters behind outlets such as a Michaels craft store and a Trader Joe’s grocery.

The bins were a humid mess of broken glass and smashed boxes, a stench of rot in the air. Several products were in original packaging, some soiled with coffee grounds, moldy blackberries or juice from a bag of chicken thighs.

Among items the reporters retrieved were a stencil set, a sheet of scrapbook paper and the lemon curd. The curd jar showed an expiration date of May 2020.

The Journal cleaned and packed the three items—bubble-wrapping and taping the curd jar—and mailed them to an Amazon warehouse in Pennsylvania in September and October. The Journal completed Amazon’s documentation requirements by specifying the items’ universal product codes, the numbers next to bar codes on most products.

Amazon didn’t ask about the inventory’s origins or sell-by dates.

The Journal’s dumpster finds were soon up for sale with an Amazon Prime logo, available to millions of shoppers, including the listing for “Trader Joe’s Imported English Authentic Lemon Curd 10.5oz” at $12.00.

One of the ironic things about this is that CPG brands selling on Amazon now face massive and avoidable quality issues because Amazon lost control of its vast infrastructure. It’s ironic because brands developed due to consumer’s quality concerns.

Early retail was effectively the wild-west. Stores sold generic goods out of bushels. If you wanted sugar, you didn’t go to the store and purchase a package of sugar. You went to the store, a clerk measured out a pound of sugar from a tub, and you bought it. Consumers had little if any knowledge of a product’s quality or if they were even getting the right amount. A&P, America’s first great retailer and the Amazon of its own day, understood this. Quality was the retailer’s value proposition. Here’s how Marc Levinson described their approach in his book on the company’s rise.

Scandals involving short-weighting, adulteration, and contamination were frequently in the headlines around the turn of the century. In an environment rife with mistrust, the Hartfords understood how to extract advantage from the Great Atlantic & Pacific brand. “Teas and coffees bought at any of our stores are warranted strictly pure,” the company advertised.

The company, the largest retailer of the era, never had a single major quality issue with the federal government. Amazon has yet to face any real brand consequences. Instead, the burden is falling on brands and small storefronts. Internal Amazon message boards are rife with complaints from reputable sellers about the impacts of dumpster diving.

To see if Amazon customers shared such concerns, the Journal analyzed about 45,000 comments posted on Amazon in 2018 and 2019. It found nearly 8,400 comments on 4,300 listings for foods, makeup and over-the-counter medications with keywords suggesting they were unsealed, expired, moldy, unnaturally sticky or problematic in some other way.

About 544 of the 4,300 products were promoted as Amazon’s Choice, which many consumers take to be the company’s endorsement. Amazon’s website says the label reflects a combination of factors such as ratings, pricing and shipping time.

The numbers are staggering. It breaks down to about 18 percent of all comments or 2 complaints per product analyzed. Consumer packaged goods companies invest millions of dollars every year to ensure a consistent quality standard. Sales reps routinely audit stores and vice-versa. Amazon throws that money out the window by not policing their storefront. That means ensuring quality is just one more concern CPG manufacturers have to consider when developing their Amazon strategy.