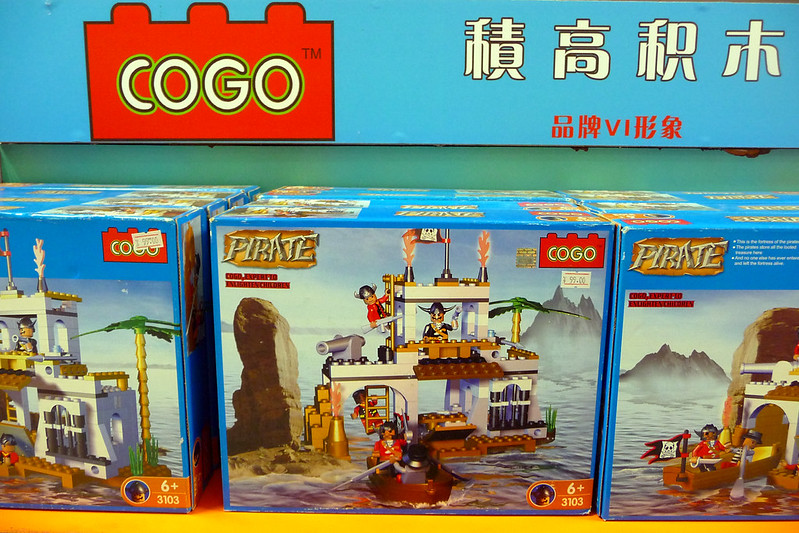 Combatting counterfeit products on Amazon is one of the most significant issues facing brands today. According to a Gartner-L2 study, 1/3 of all reviews for products listed by third-party sellers contain the words “fake” or “counterfeit.” Marker recently ran an interesting article on S’well, the fashionable water bottle company. The company, which reached sales of $100 million in just four years, managed to build a premium brand targeted at millennials, only to find itself dragged into the mud fighting counterfeit products on Amazon.

Some companies, like eBay, have clear and quick procedures for taking down fakes, explains Roethel’s boss, Elliott Champion, CSC’s global product director. When I ask about Amazon, he says, “I won’t necessarily call out the worst offenders on the record,” but “there are lots of brands that find it very difficult to do takedowns on major platforms.”

In 2016, six years into her business, Kauss didn’t sell on Amazon out of similar concerns. However, when she saw that more than half of online searches for S’well originated from Amazon, it became clear “it was a marketplace that we needed to be a part of,” she says. What clinched it was when she read a review of a S’well on Amazon — a real one, but not an authorized sale — and reviewer wrote that it wasn’t worth $85. The actual price was $35, but a reseller had marked it way up. “You almost want to show up there before someone shows up for you,” she says.

So to recap, S’well did not want to sell through Amazon because it feared the prevalence of counterfeit products on Amazon would erode its’ brand value. The massive unregulated storefront we call Amazon allowed an unauthorized retailer to sell S’well’s product at a much higher price point—damaging the company’s reputation. But since Amazon’s massive size and dominance drives 50% of potential sales through its gates, S’well decided it had to sell through Amazon rather than allow a random person to destroy its brand.

If it isn’t clear yet, a massive unregulated storefront is destroying CPG innovation. Building a brand is hard. Small businesses spent billions of dollars creating and marketing new products for consumers. All of that work and goodwill is squandered when Amazon allows merchants to sell opened items, knock offs, or uses its market power to rip-off manufacturers. Why invest years of blood, sweat, and tears only to see it eroded in an instant.

One of the biggest problems with Amazon is its’ scale, and the limited amount of human interaction baked into its ecosystem. This is good for Amazon, but terrible for everyone else. The company contends that it uses a mixture of machine learning and data science to fight counterfeits and bad listings. According to the press release, this allowed the company to block 3 billion suspected bad listings. This is presented as a good thing. In reality, is that it reveals just how insane this system is for brands and manufacturers.
Amazon blocked 3,000,000,000 bad listings, but the 3,000,000,001 got through. In 2018, about $142 billion in sales flowed through Amazon. The company is so massive that S’well’s bad listing has effectively no impact on Redmond’s bottom line. That means it has no real incentive to actively police and monitor the situation. Meanwhile, counterfeit products have a disproportionate impact on a brand’s value.

We seem to be entering a world where you have to do business with Amazon, even if it hurts the long-term prospects of your company. That’s not a good recipe for CPG innovation or an economy at large.