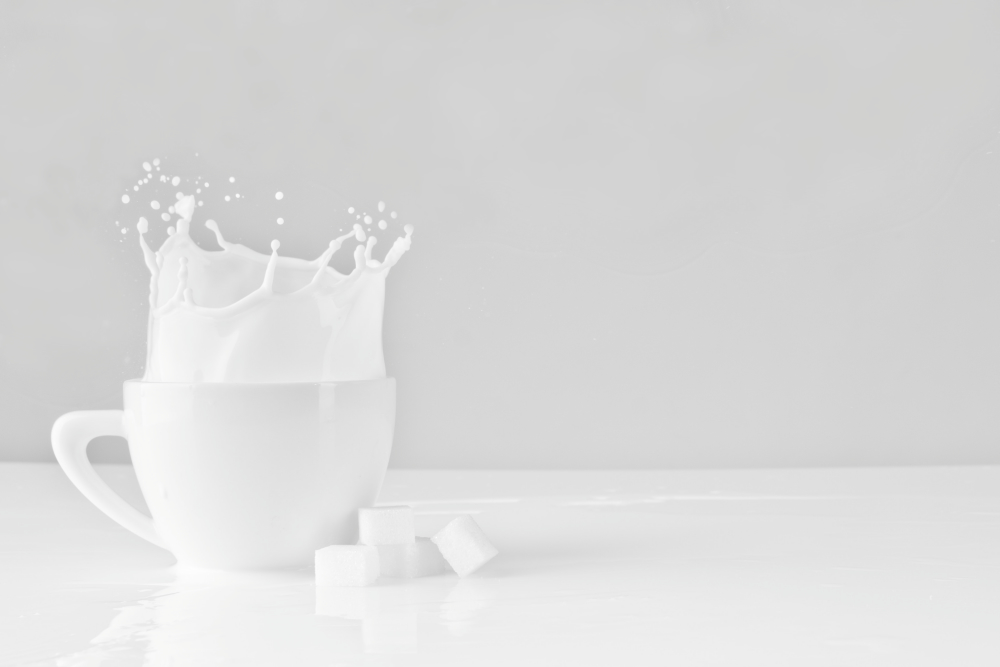 In November 2019, during an economic expansion, Dean Foods declared bankruptcy. The nation’s largest dairy company, with the number one white and chocolate milk brand, could not make money. In January 2020, Borden Dairy followed suit. Most post-mortems dealt with the fact that both companies produced dairy — a product that fewer and fewer people consume. This is true. According to the USDA, from 2000 to 2017, per capita milk consumption in America declined 24 percent. Very few companies can survive a massive decline in their keystone product. But it’s not the full story.

To understand how two of America’s largest dairy companies found themselves with hundreds of million in debt and few good options, you need to understand the competitive forces that drove the evolution of the dairy industry.

The most common way to analyze industrial competition was first popularized in Michael Porter’s classic 1979 paper “The Five Competitive Forces That Shape Strategy.” According to Harvard Business School, Porter’s article has been cited over 6,000 times, making it arguably the most influential management paper of all time. The general crux of Porter’s argument is that five disparate forces drive competition within any industry. The forces continuously change based on advances in technology and policy. It is a manager’s job to position the company to compete where they are the weakest.

In his 2008 update, Porter explained how the five forces drive profitability in the airline sector.

I would add a sixth driver to the list: political economy. Essentially, political economy is how the government decides to organize the economy. If you analyze the dairy industry from this modified Porter’s model, it becomes evident that changing customer tastes were not the primary cause of Deans or Bordens’ problems. Rather, the companies are caught in a vice from all sides, driven by longstanding government policy. The bankruptcies are a warning for all CPG manufacturers. To see why, you need to understand how political economy shaped the retail industry.

Before the 1950s, dairy was an intensely local industry. That’s because dairy is a unique industry from an operational point of view. Raw milk supply is effectively constant. Unlike fruits or vegetables that have defined growing and harvesting seasons, cows must be milked every day. Once the raw milk is out in the world, it must be processed immediately, or it goes bad. Once it’s processed, milk must be delivered to consumers quickly for the same reason. The entire system operated under the threat of a couple week countdown. This led to an industry framework where dairy processors congregated outside of major metropolitan areas. Rural farmers provided raw milk to processors, who expanded the shelf-life via processing and distributed it to urban consumers.

During this era, farmers (suppliers) had limited bargaining power with processors. Unlike farmers, dairy processors were well-capitalized, few in numbers, and could easily drive raw milk prices down by playing small farmers against each other. After years of predatory behavior by processors, the Federal government regulated the industry by prioritizing a co-op model. Essentially, farmers were encouraged to join together to negotiate better prices with dairy processors.

Firms that produce fluid milk and dairy products are either dairy cooperatives or proprietary companies. Many of the proprietaries are large companies in themselves or are subsidiaries of some larger company. Dairy cooperatives are businesses owned by the farmers who supply them with milk. Farmer cooperatives range from very small, either by volume or membership criteria, to very large. Proprietary companies have gravitated toward the fluid milk and ice cream businesses, cooperatives have dominated butter manufacturing, and both have been important to cheese.

From 1900–1950, a Porter’s model of the dairy industry would look something like this.

The dominance of local dairy processors unraveled in the 1950s. Driven primarily by technology, the industry progressed from a local industry to a regional industry and then finally national.

However, throughout the second half the of 20th century, several factors combined to reduce the cost of moving milk from producers to consumers and ensuring a transition to what is now a national milk and dairy product market. These factors included improved roadways (e.g., the interstate highway system) and larger and faster trucks for bulk transport of milk (tanker trucks). By the 1970s, most retail milk was purchased in stores (or through food service), primarily in lightweight plastic or paper containers.

Essentially, technology destroyed the perishability moat that protected small local dairy processors. There was now a massive incentive for processors to expand into new geographies — and building a regional brand was the best way to do so.

Again, Structural Change in the US Dairy Industry:

In the 1960’s, most large supermarket chains installed central milk programs. Some built their own plants, especially to capture guaranteed margins in those States where wholesale and retail prices of milk were set by a State agency. The others contracted with one milk company for private label milk at significantly lower prices made possible both by larger volume (one processor instead of three or four) and limited service (delivery to the retailer’s platform instead of arranging individual cartons in the case).

CPG manufacturers, like dairy processors, excelled in the post-world era of regulated competition. In the 1980s, the political economy changed. Slowly, but surely, the groundwork was being laid for their demise.

Consolidation lays the groundwork for Bankruptcy at Dean Foods (1980s — on)

As I’ve explained, the dairy industry was originally structured around a balance of power between suppliers, processors, and retailers. If a proposed acquisition was deemed to give too much power to one party, it was rejected. This framework was true for every CPG company. Starting around the 1980s, the political economy of America became focused on one thing: lowering prices for consumers.

It may seem like a small thing, but in reality, it drastically changed the power dynamic for every CPG firm. In the 1960s, the US government blocked a grocery store merger because it would control seven percent of the Los Angeles Market. Today, Walmart controls fifty percent of the grocery market in 43 metro areas. This hands-off approach shifted the balance of power to retailers and large manufacturers. Consolidation was now the principal growth strategy for almost every actor. The bigger a company was, the more it can dominate negotiations.

Last year, Kroger Co. announced plans to buy Ralphs Grocery Co. from parent Fred Meyer Inc. and Albertson’s said it would buy American Stores Co., which owns Lucky. A year earlier, Safeway Inc. took over Vons Cos. before later moving into Chicago to buy Dominick’s Supermarkets Inc. Roughly 10% of the supermarkets in the United States have merged just in the last six months.

Dean Foods did not stand idle. It kicked off the 1990s with a torrent of acquisitions. From 1989–1992 it added $300 million in revenue by acquiring food processors in California, Tennessee and Washington. The strategy was simple. It purchased an established regional brand, modernized the processing plant with cutting edge technology, and folded the operations into the company’s existing infrastructure. The result was more leverage against suppliers, retailers, and the ability to expand into new geographies. The company repeated that strategy throughout the decade.

Dean wasn’t the only processor following this strategy. Four-firm concentration is a common metric used to measure an industry’s concentration. In 1972, when the political economy was built around regulated competition it was at 17%. By 2002, under a new regime, the top four dairy processors controlled almost 43% of the nation’s dairy market. Deans closest rival, Suiza, entered the market in the early 1990s. In just eight short years the Dallas based company engineered 43 separate acquisitions. By 2000, Suiza, a dairy processor that did not exist in 1980, was the largest dairy processor in the nation.

In the end, the new Dean Foods / Suiza divested 11 plants, won regulatory approval and the new Dean Foods became the largest dairy processor in American history. It’s inconceivable that the two companies would even consider the merger just twenty years before.

The power of buyers increased exponentially, and dairy processors reacted. The result was a new competitive framework.

You’d be hard pressed to say that consolidation outright caused the Dean Foods’ or Borden bankruptcy. The Dean / Suiza merger was profitable for a decade. However, it pushed the company to acquire a large and expensive fixed cost production footprint across the nation.

It seemed like a safe bet. Milk was a consumer staple for 80 years.

We’re about 2,500 words into this post. Now is a good time to bring up changing consumer tastes. In the last decade, people quit drinking milk.

CNBC has some relevant data points:

Putting this all into context, to defend itself against predatory retailers, dairy processors took on an incredible amount of debt to acquire a massive milk production infrastructure. Then people quit drinking milk.

The bottom drops out

Retailers view milk as a traffic driver. They want it as cheap as possible in order to drive store traffic. This isn’t a new development. Dean Foods’ revenue is split 50:50 between private label and branded. It makes sense for Dean and other dairy processors to produce both because it controls a massive production infrastructure. Now, what happens when profits driven by retail consolidation allows a major customer to capture more value by producing its own commodity? In 2017, Walmart built its own milk processing plant in Indiana.

The result was a loss was an immediate 2.2% loss in net sales for Dean.

By 2017, Dean Foods owned a sprawling and expensive production footprint for a commodity CPG. People no longer demanded the product. Its customers then decided it was more cost-effective for them to produce it. A Dean Foods’ bankruptcy went from a possibility to almost a guarantee.

The Competitive Framework of the Dean Foods Bankruptcy

If you look at the milk industry from a modified Porter’s model, it’s clear the company had nowhere to go but down.

It’s easy to point to changing consumer preferences as the cause of Dean Foods’ bankruptcy. After all, people are drinking less milk.

But it isn’t that simple.

By 2019, dairy processors faced incredible pressure from nearly every aspect of Porter’s model. This pressure was evolutionary; driven by a changing political economy, technology, and changing consumer taste.And remember—the same forces that caused Dean Foods’ bankruptcy apply towards every CPG manufacturer in America.

Photo by Jagoda Kondratiuk on Unsplash