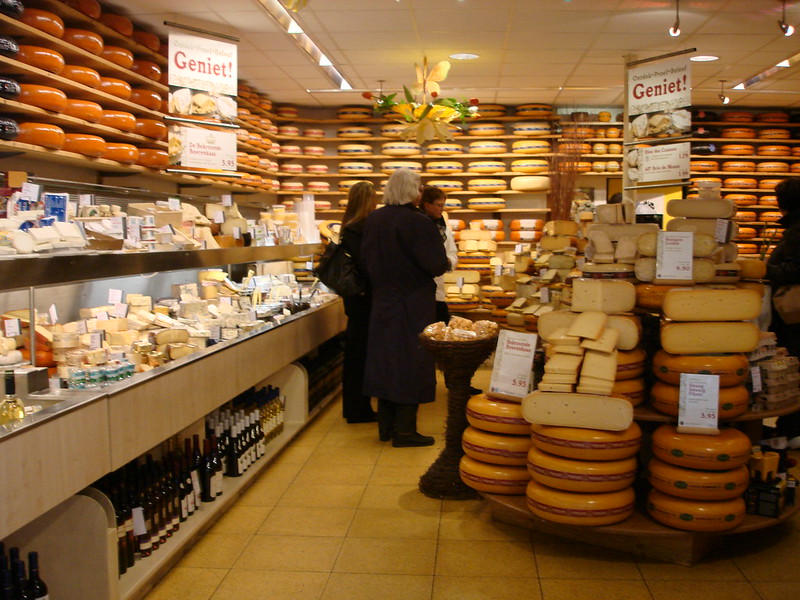 If you want to understand why small retailers struggle in modern America, you need to understand one thing: fair trade laws. Today, fair trade is typically presented in the context of international trade. Essentially, a regulation that allows producers in the developing world to compete with large multinational conglomerates who have massive scale and purchasing power. In the past, American fair trade laws were centered around small local retailers who were competing with large chain stores that had massive scale and purchasing power.

The WSJ recently detailed the dilemma facing every small specialty retailers who compete on service and selection. Keep in mind, this is the exact dilemma fair trade laws try to fix.

IT’S BEEN a challenging couple of years for independent cheese shops in the U.S., as the specialty-cheese boom they fostered is absorbed by big-box retailers who sell some of the same brands they do at lower prices.

Independent cheese shops are the front line, connecting consumers (and their dollars) to small-scale and local cheese producers as well as makers of cheese-adjacent products such as yogurt, butter, charcuterie, jam, pickles, crackers, and beer. A brigade of cut-to-order cheesemongers care for cheeses, answer questions, offer tastes, make customized cuts and, most important, tell the stories of the cheeses they sell.

Much of what consumers learned about cheese over the last 30 years or so, they learned at a cheese case staffed by an evangelizing monger. These shops invest in consumer education and experience because they have to. Challenged to compete with large retailers on price, they use their intimate venues to offer an experience the national chains rarely can, which often extends to classes, farm trips, and “meet the cheesemaker” events that connect consumers to other enthusiasts.

The Journal described a nightmare scenario for independent retailers. They can’t compete on price and are stuck competing on the most expensive inputs into the retail value chain. You can’t automate intimate knowledge about a niche industry. You can, however, easily and quickly use market power to negotiate advantageous pricing agreements. Independent retailers are doomed to invest resources that build new markets only to have large corporations undercut them with price once the markets are made.

This is a societal choice, not fate.

What is happening to independent cheese shops is what millions of people feared in the 1930s—predatory behavior by large chain retail stores. At that time, A&P, the Walmart of the era, used its massive size to bully food producers into volume discounts. It would aggressively discount products. Consumers flocked to the low prices. Local retailers couldn’t match the prices and went bankrupt. Once they went bankrupt, A&P rose prices. It was classic predatory behavior. In 1937 the Roosevelt Administration passed the Miller-Tydings Act of 1937. The legislation exempted retail price-maintenance agreements (commonly known as fair-trade laws) from federal anti-trust.

What are retail price-maintenance agreements?

Today, if you go to Walmart to purchase a block of cheese, the price in the aisle is the price the retailer determines—not the manufacturer. This price is, of course, influenced by the wholesale cost of the item, but a manufacturer has no recourse against a retailer if a retailer wants to sell a product at a loss to gain market share. It also has no remedy for the opposite. In the late 2010s, a plastic bag manufacturer instituted a price cut to gain market share. Almost every retailer kept the sticker price the same and pocketed the extra margin.

Retail price-maintenance agreements put an end to this practice. It allowed manufacturers, of select products, to mandate a sticker price for their product. This allowed small retailers to compete against large chain retailers because they could compete on selection, service, and price.

The end of state-level fair trade

By 1975 prices in America were increasing by around 12 percent every year. The causes of this are vast and debated, but at the time, one of the easy culprits were fair trade laws. As the WSJ explained, large retailers can distribute more cheese at a lower price. The logic was that if Congress got rid of fair-trade laws, prices would drop. You still hear the reframe from Walmart supporters.

In 1965, Brunner began trying to sell his high-qualty car wax, most of the large chains wouldn’t even talk to him, preferring to sell cheap wax in a market dominated by DuPont and three other giants. Smaller retailers wouldn’t stock it either, because they feared being undercut by discounters. Then Bruner discovered fair trade contracts.

When he began promising small stores that his high quality car wax would be sold at the same price in small stores and discount stores, small stores stocked the item and told cusomters about it. Bruner’s product became popular, and discount stores began stocking it. Bruner could now break into what had been monopolistic market in car wax, by competing on quality, not just price. It was the same basic story that retailers and producers of branded goods had been telling for a hundred years, the same story that motivated Brandeis to call predatory discounting “competition that kills.”

Bruner was telling the members of Congress that the laws against predatory pricing were working. Discount chains, supermarkets, and large department stores existed side by side with independently owned retailers with good service and local roots. But if the fair trade laws disappeared he said, the country would be “dominated by big businesses.” He was not asking for protection from big business He was telling Congress how we would react if forced to compete in a country dominated by big businesses. “I intended to be one of them,” he said.

Bruner predicted the plight of cheesemakers and cheese sellers 40 years before it happened. If only he could have seen how Amazon changed the CPG landscape.