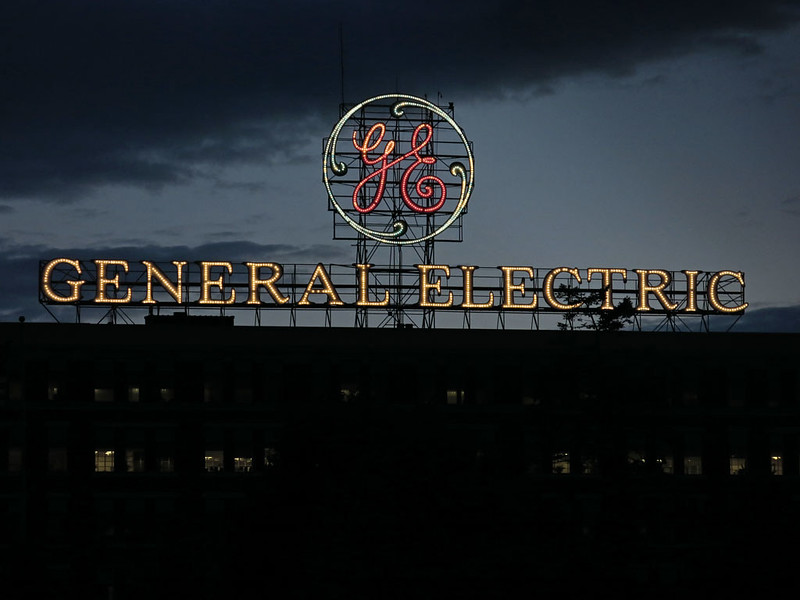 General Electric announced it would sell its lighting business to Savant Systems in a deal valued at $250 million. The agreement itself was long rumored but still comes as a surprise. In a way, the transaction signifies the death of an era–almost as if Coca-Cola sold of its sugary beverage line. General Electric didn’t invent the light bulb, but it did invent consumer light bulbs—the first affordable and mass-produced version. This spring boarded General Electric into the pantheon of history’s great companies. In the mid-2000s, G.E. was in everything from consumer goods to entertainment, and it boasted annual revenues on par with a middle-income country. Then, mismanagement forced the company to rethink the conglomerate strategy. “It has shifted its focus to making heavy equipment,” the WSJ wrote in its coverage, “like power turbines, aircraft engines, and hospital machines.” In 2019 G.E.’s revenue dropped to around $30 billion.

Sometimes significant shifts beg simple questions. If G.E. was one of history’s best companies and it was a conglomerate, what is a conglomerate? Is there a standard conglomerate definition? What was the rationale for becoming one? Did the conglomerate strategy lead to General Electrics’ decline?

Definition of a conglomerate

The best conglomerate definition I’ve found is courtesy of Matt Stoller. In his book Goliath, he describes the structure as follows:

A conglomerate is simply a holding company or corporation that operates in multiple industries, usually owning individual divisions that could stand apart as separate businesses on their own. Early conglomerates were initially focused on a suite of related activities, like G.E. and electrical system in the 1900s or branded food conglomerates of the 1920s.

Like all aspects of business, the conglomerate structure evolved as American politics evolved. Founded in 1892 by five titans, including J.P. Morgan and Thomas Edison, General Electric combined a variety of small electrical component companies under one umbrella.

From the company’s official history:

As both businesses expanded, it had become increasingly difficult for either company to produce complete electrical installations relying solely on their own patents and technologies. In 1892, the two companies combined. They called the new organization the General Electric Company.

Several of Edison’s early business offerings are still part of G.E. today, including lighting, transportation, industrial products, power transmission, and medical equipment. The first G.E. Appliances electric fans were produced at the Ft. Wayne electric works as early as the 1890s, while a full line of heating and cooking devices were developed in 1907. G.E. Aircraft Engines, the division’s name only since 1987, actually began its story in 1917 when the U.S. government began its search for a company to develop the first airplane engine “booster” for the fledgling U.S. aviation industry. Thomas Edison’s experiments with plastic filaments for light bulbs in 1893 led to the first G.E. Plastics department, created in 1930.

Basically, through a variety of mergers and acquisitions, General Electric was able to monopolize all aspects of the early American electrical system—from the technical standards and power generation by industry—to the light bulbs screwed into sockets by consumers.

Throughout the Great Depression, America’s attitudes toward corporate concentration changed. The consensus view was that monopoly power, like General Electric held, was bad for society. The result was a variety of New Deal regulations designed to stop conglomerates from rolling up entire industries.

Stoller explains what happened next:

But in the early 1960s a new type of conglomerate emerged, although this time these corporations were shaped by strict antitrust laws. In this instance, cash-rich corporations like RCA and LTV invested in entirely unrelated lines of business—Hertz or Wilson Sporting Goods,say—the argument being that an excellent executive team could manage any line of business well. One of the highest-flying conglomerates at the time, LTV, bought business lines in missiles, electronics, electrical cable, sporting goods, meat and food processing, and pharmaceuticals.

Essentially, General Electric was generating enormous amounts of cash and could no longer use that money to acquire businesses within its core industry.

General Electric, like many monopoly-based conglomerates, decided to expand outward.

The benefits of a conglomerate

The following image lists every industry General Electric operated in 2000. That year it had revenues of about $130 billion. Adjusted for inflation, that’s about $190 billion of revenue in modern times.  To put things in perspective, in 2019 the IMF estimated the New Zealand had a total GDP of about $204 billion.

General Electric was incredibly diverse. It had its hands in everything from entertainment production (NBC) to Lighting and Medical systems.

Here’s the revenue break down by business unit:

The smallest business unit had revenues of over $5 billion; larger than many best-of-breed companies. It was the definition of a conglomerate.

So we know what conglomerates are and why they became diversified across a variety of industries. Any definition of a conglomerate needs to explain the benefits of the structure. There are three major pieces.

G.E. viewed businesses as interchangeable. In the eyes of leadership, a great manager could manage a microwave division just as successfully as they could manage a production company. If there was an opportunity, even if it was completely unrelated to their core competency, the company would jump headfirst. General Electric was proved right during expansionary economic conditions and was dead wrong the minute things went south.

Appliances and Industrial Products don’t have high margins like entertainment or finance, but they involve less risk and generate large amounts of cash flow—that the company can use to fund other deals and reduce risky ones.

Writing in The Master Switch, Tim Wu describes how this enabled G.E. to purchase Universal, a film production company.

Universal would enjoy as much of a hedge as any entertainment firm could hope for. By 2008, G.E. had annual revenues of over $183 billion, while Universal had income of $5 billion, less than 3 percent of the total. With a holding company of that size, the prospect of losing millions on a single film, while not pleasant, is no existential threat. Here was the ultimate defense against even the biggest movie bomb: a corporate structure so titanic that the fate of a $200 million film can be a relatively minor concern.

Being a conglomerate in a variety of disparate industries allows the company to augment itself across a variety of transactions. Synergy is a terrible word, but it’s the best one I can think of.

Fortune Magazine explains how it worked:

The relationship is symbiotic. G.E. Capital helps G.E. by financing the customers that buy G.E. power turbines, jet engines, windmills, locomotives, and other products, offering low interest rates that competitors can’t match. In the other direction, G.E. helps G.E. Capital by furnishing the reliable earnings and tangible assets that enable the whole company to maintain that triple-A credit rating, which is overwhelmingly important to G.E.’s success. Company managers call it “sacred” and the “gold standard.” Immelt says it’s “incredibly important.”

That rating lets G.E. Capital borrow funds in world markets at lower cost than any pure financial company. For example, Morgan Stanley’s cost of capital is about 10.6% (as calculated by the EVA Advisers consulting firm). Citigroup’s is about 8.4%. Even Buffett’s Berkshire Hathaway has a capital cost of about 8%. But G.E.’s cost is only 7.3%, and in businesses where hundredths of a percentage point make a big difference, that’s an enormously valuable advantage. And thanks to the earnings strength of G.E.’s industrial side, G.E. Capital can maintain its rating without holding much capital on its balance sheet.

Combined with a rising stock market, in the mid-2000s, G.E.’s conglomerate strategy looked like a great deal.

The Weakness of a Conglomerate

No definition of a conglomerate would be complete without the structures weaknesses. If you look at G.E.’s 2000 income statement, something should stick out. It was ostensibly an industrial conglomerate that made everything from MRI machines, power turbines, and microwaves. However, around 50 percent of its revenues came from financial services—most of them intertwined with the industrial business. Again, management looked great during boom times, but it became clear how incompetent management was in bad times.

Over at The Week, Jeff Spross detailed the disaster:

As entangled as it was in the mortgage bubble and the shadow banking sector, G.E. Capital toppled over. At the height of the 2008 crisis, literally no one would lend to it in the overnight markets. G.E. Capital was only saved by an emergency injection of $12 billion from Warren Buffet and other investors. It turned out that the good reputation and credit rating of G.E.’s traditional businesses had essentially been used to gamble wildly in the financial markets.

The end result was staggering.

From the New York Times:

General Electric said Wednesday that the federal government had agreed to insure as much as $139 billion in debt for its lending subsidiary, G.E. Capital. This is the second time in a month that G.E. has turned to a federal program aimed at helping companies during the global credit crisis.

G.E. Capital is not a bank, but granting it access to a new program from the Federal Deposit Insurance Corporation may reassure investors and help the lender compete with banks that already have government-protected debt, a G.E. spokesman, Russell Wilkerson, told Bloomberg News.

“Inclusion in this program will allow us to source our debt competitively with other participating financial institutions,” Mr. Wilkerson said.

Essentially, all three of the benefits of a conglomerate were so grossly mismanaged that laws had to be shifted to classify G.E. as a bank. If it wasn’t reclassified, it could of brought down large portions of the world’s economy.

Compounding matters, G.E. followed up the financial crisis with a series of bad acquisitions across its’ entire portfolio—including, the largest industrial purchase in the company’s history.

Turns out it’s only easy to manage a large corporation when the stock market is rising.

General Electric was simply a corporation that operated in eight different industries, including medical devices, light bulbs, and power generation. At its’ peak, each division generated over $5 billion a year. In boom years, the structure reduced short-term risk, created synergies, and allowed managers to shine. In bad years, the inefficiencies and mismanagement, often masked by its size, brought the firm down.