posted in Companies, Proctor and Gamble, What did we learn? on January 24, 2021 by Eric Gardner
SHARE
Tweet 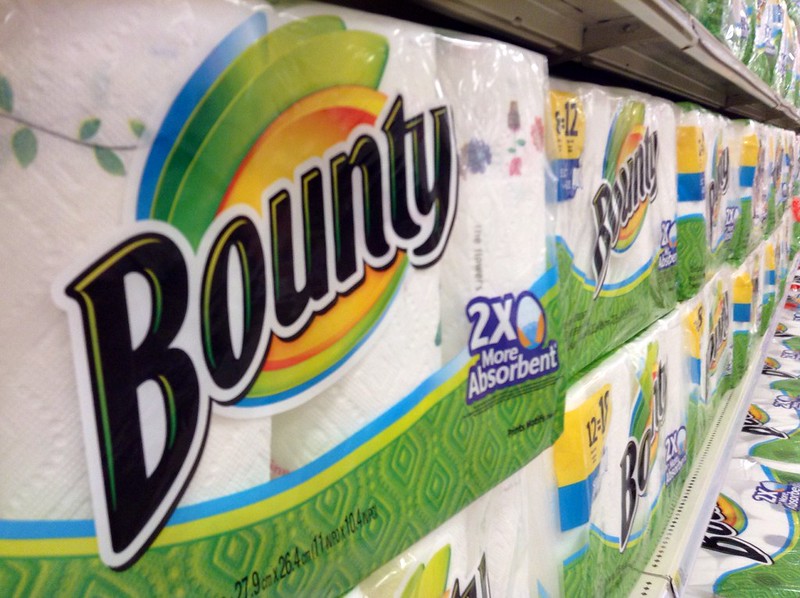 The Homecare category, which includes cleaning brands like Cascade, Dawn, and Swifter, grew by 30 percent. Oral and Family Care, headlined by mainstays Crest and Bounty rose double digits. E-Commerce grew at a rate of 50% and now accounts for nearly 20% of its total sales–more than Walmart.

“We created strong momentum well before the COVID crisis.” COO Jon R. Moeller told investors. “We strengthened our position further during the crisis. And we believe P&G is well-positioned to serve the heightened needs and new behaviors of consumers and our retail and distributor partners post-crisis.”

Earlier in the year, I wrote about how National Beverage established the sparkling water category with LaCroix but lost the advantage with a poor trade promotion strategy. Trade is a tricky part of the consumer goods world. Retailers expect that manufacturers will pay for prime shelf placement and other advertising activities. Manufacturers pay because a) they don’t have a choice and b) the activities drive volume that is greater than the cost of the promotion itself.

Here’s how I defined the scope.

Outside of the cost of producing a good, Trade is often the largest line-item on a company’s income statement. A typical CPG firm will spend between fifteen and twenty percent of gross revenue on Trade spend every year — with hyper-competitive categories spending upwards of thirty percent. For a company of National Beverage’s size, that’s potentially tens of millions of dollars transferred directly from their pockets to the retailer’s bank account.

We don’t have much data on Trade spend across companies and categories. That’s because Trade spend is a strategic driver for a company—it’s somewhat of a black box. In 2017, P&G disclosed about $15 billion of advertising and promotional spending on $68 billion in sales. That’s about 22%. A blinded University of Chicago study across nearly 50,000 products and 17,000 stores found two key trends with volume and spend. About 29 percent of all CPG volume is sold on promotion, and 20% of revenue is spent on Trade.

Last week’s call revealed a bit of P&G’s past trade strategy and management’s plan for the future.

Promotion levels which you’ve mentioned have returned from about the lowest points, which was about 17% of products sold on promotion, up to about 26%, so a significant amount of that promotion return is already in the numbers. And that compares to a pre-crisis range of, call it, averagely 33%.

A strong support for our brands is part of our model and will continue to be part of the model going forward. If you look at the quarter we just completed, just in the marketing side of the equation, we increased marketing about 7% year-on-year. I think our levels of support, as witnessed by both our share of progress and our top-line progress are appropriate. I would not want to dial those back by any means. But, I expect they’ll pretty much move in line with sales with some efficiencies potentially available to us.

Translation. COVID-19 allowed P&G to cut back on substantial trade investments with no impact to sales. They’re looking to increase investment as the world returns to normal.

Expert endorsements are a key to P&G’s future

Proctor and Gamble was one of the first CPG companies to understand the power of academic endorsements on product quality. In 1960, P&G’s Crest became the first toothpaste to gain an endorsement from the American Dental Association as an effective tool against tooth decay. According to Rising Tide, the HBR book-length study of P&G’s success, the day after the official announcement, the stock opened 90 minutes late because of the onslaught of buy orders. Investor optimism was warranted. In 1960 Crest controlled 13 percent of the toothpaste market. One year later, it led the market with 28 percent. Today, Crest is still the category leader.

Rising Tide explains the impact of the ADA endorsement:

Accepting external ideas and cooperating with outside authorities became the driving force behind the development of stannous fluoride, then a central aspect of the brand’s subsequent marketing campaign. Crest’s success hinged on P&G’s ability to negotiate and learn to work with outside partners.

Expert, science-based endorsements are a core of P&G’s overall product and marketing strategy. According to Moeller, that’s not going to change. They’re the industry leader in it and they’re only going to do more.

Claim supports, developing claims are essentially communication that we can back up with laboratory research that highlights the benefit of our products in many categories to serve these needs. For example, hygiene that’s a benefit as a result of use of some of our laundry offerings. It’s a long answer, but it was a good question. And I want to just reiterate the point again that — the question, behind the question and all of this, I suspect today will be, are you — what kind of shape are you going to come out of this in? And I think, we think, we’re going to be in great shape coming out of this.

The impacts of COVID-19 on the world are immeasurable. Within the retail world, we’re seeing shifting consumer habits. P&G is well-positioned, and is ready to move.

And then there are the mid to long-term impacts of the crisis, which may be accelerators of top and bottom-line growth. The relevance of our categories and consumers’ lives potentially increases. We will serve what will likely become a forever altered cleaning, health, and hygiene focus, for consumers who use our products daily or multiple times each day. There may be a continued increased focus on Home, more time at home, more meals at home, with related consumption impacts.

The importance of noticeably superior performance potentially grows. There is potential for increased preference for established, reputable brands that solve newly framed problems better than alternatives, potentially less experimentation. Potential for a lasting shift to e-commerce, both e-tailers and omnichannel. Our experience to-date makes us believe we are generally well-positioned in this environment. We’re discovering lower-cost ways of working with fewer resources.

With the success in e-commerce and the focus on expert driven marketing in key categories, it’s hard to see where he’s wrong.