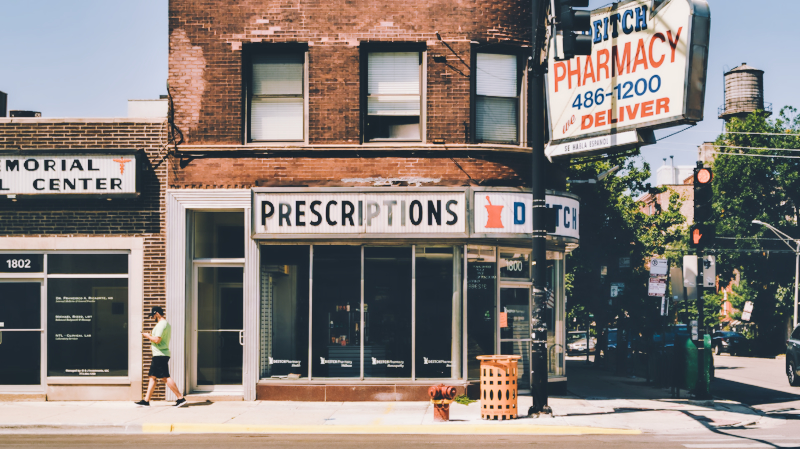 Today, retail pricing, the price you see in stores, is determined by Retailers—not Manufacturers. For example, if you go to Kroger for a 12-pack of Sprite, the price you pay isn’t set by Coca-Cola—it’s set by Kroger.

This wasn’t always the case.

In the past, it was legal for manufacturers to determine retail pricing. Often times, manufacturers offered a lowest acceptable retail price—and it was small retailers who pushed for that ability. Here’s the quick story about how that happened.

Early retailing is a family affair

Edna Gleason, was a self-educated but state-certified pharmacist who owned three drugstores across California. In the early 1900s, pharmacists were predominately small businesses. A family would own a store, where they would mix drugs and sell a variety of home care goods. Edna and other local pharmacist bought most of her goods from a wholesaler, who bought the goods from the manufacturer. Both links in the retail value chain have cost—which meant a mark-up. The result was a modest selection, with two price mark-ups. It was a simple business considered by most to be key to self-sufficiency.

East Coast chain stores, like the Great Atlantic & Paciﬁc Tea Co. (A&P), and department stores, like R. H. Macy’s, pioneered a business model that captured proﬁts by combining high-volume sales with lower proﬁt margins. Most of these retailers purchased goods from a variety of manufacturers. High-throughput manufacturing revolutionized consumer products from processed foods (e.g., Campbell’s Soup) to cigarettes (e.g., American Tobacco).Taking advantage of manufacturers’ economies of scale, these new retailers up-rooted the existing distribution system, tilting economic power toward large-scale retailers and away from the networks of regional manufacturers, wholesalers, and local retailers. Many manufacturers also complained that they had lost control of their brands.

Chain stores then passed the price savings on to consumers. The result was a fundamental switch in power from regional manufacturers (who were used to negotiating with thousands of small stores) and small retailers (who held local monopolies in distribution) to chain stores and consumers.

Pineboards were chain stores on steroids

Chain stores often had large, clean, well-lit operations that catered to a growing middle class. Pineboards were something completely different. “The distinctive feature of the pineboard,” Laura Philips Sawyer wrote, “was its ability to offer brand-name products at prices below the manufacturers’ retail network, undercutting even the chain stores.”

This discount model required pineboards to adopt a different strategy than chain stores and locally owned operations. The strategy was strikingly similar to today’s dollar chains.

The rise of pineboards and chain stores threatened the survival of Edna Gleason’s pharmacy. It also threatened all of small-town America. Local retailers were the life blood of any small town. Unlike chain stores, they bought from local manufacturers, and the money stayed within the community. In contrast, chain stores are arguably extractive—funneling profits to shareholders thousands of miles away. This strategy resulted in cheaper prices and how was she to compete with chain retailers that offered cheaper products?

So she organized until she could.

In February 1929, about seven months before the Great Depression officially kicked off, Gleason led a movement to restructure the California pharmacy industry. First she consolidated the statewide lobbying groups into one large organization, the California Pharmaceutical Association. Then she set out to publish a statewide pharmaceutical price list.

The initial price lists were informally enforced; compliant retailers would blacklist and shame non-compliant ones. This behavior is of course anti-competitive, illegal even. Until a new legal theory emerged. It held that when competing against chain and pineboard retailers, independents were no different than employees bargaining against large employers. They were free to combine their buying, marketing and sales power to combat larger competitors.

The result was The California Fair Trade Act of 1931. It exempted the above agreements from antitrust prosecution and gave the state police powers to enforce the free trade agreements. Essentially, if a group of independent retailers agreed that a manufacturers retail price was fair, the state police would enforce the agreement. Phillips Sawyer concludes, “This public-private approach to managing price competition came to exemplify Depression-era regulation.”

Given the current state of American anti-trust, it’s hard to imagine now, but retail pricing laws, which increased consumer prices, were overwhelmingly popular. Underpinning the legislation was an ideological sentiment: Local control and ownership of commerce were a defense against communism and fascism. That freedom to own and manage production was more important than low prices.

In the late 1930s, Congress nationalized the California Fair Trade laws, culminating with the Robinson-Patman Act and Miller-Tydings Act. The first banned selling products at a loss to boost volume and secret discounts. The second, made fair trade contracts enforceable across state lines.

The general Fair Trade framework, spearheaded by Edna Gleason, lasted until the 1975.

As I’ve outlined before:

By 1975 prices in America were increasing by around 12 percent every year. The causes of this are vast and debated, but at the time, one of the easy culprits were fair trade laws…The logic was that if Congress got rid of fair-trade laws, prices would drop.

In 1975, Walmart was a regional retailer with around 100 stores.

Today it has over 4,300 stores across America.

This isn’t a coincidence.

Photo by Nicole Y-C on Unsplash