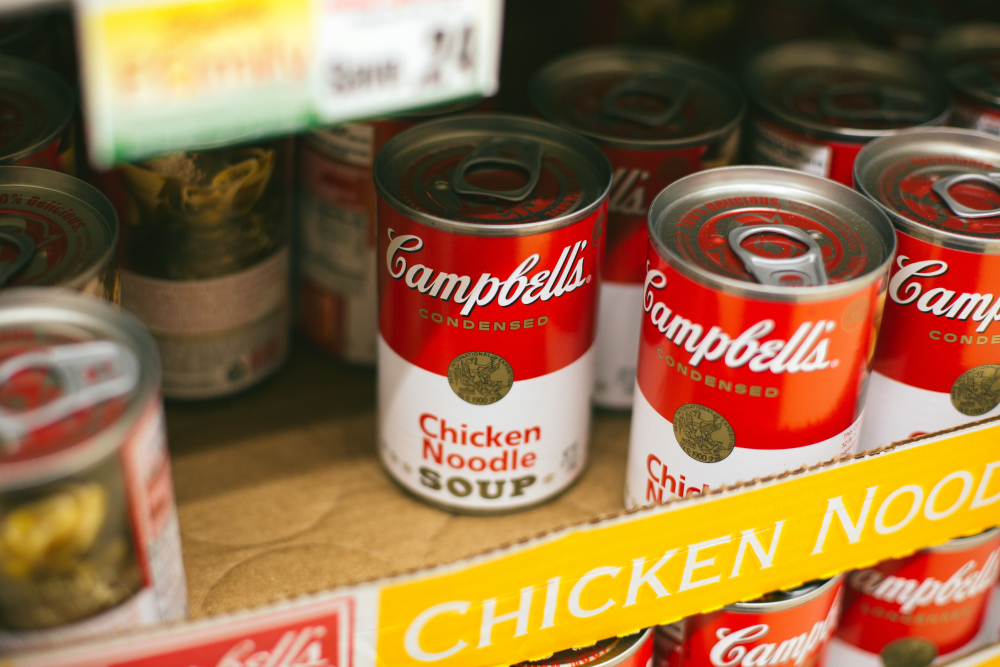 Last week the Campbell Soup Company announced that its recent investment in soup marketing paid off. This news is somewhat surprising. Nearly all research shows that consumers want fresh food. According to IRI, in 2017, fresh sales accounted for approximately 30.5 percent of all food sales, with produce, bakery, and deli meats accounting for most of the growth. This created a situation where companies like Campbells scrambled to pivot towards the perimeter of the grocery store — where fresh produce reigns supreme.

From the earnings transcript.

Not only are we attracting new households, we are attracting younger households which bodes well for the future. In particular, on tomato soup, a good percentage of the gains came from millennial households. Frankly, this is a trend that many believed was not possible. Of course, there were puts and takes across the portfolio and not everything worked perfectly. So let’s break it down.

Starting with condensed, you can see our enthusiasm for our return on investment, especially with our Icon SKUs, tomato, chicken noodle, cream of mushroom and cream of chicken, where we continued the turnaround. Consumers responded favorably to our messaging and quality improvements.

What was Campbell’s messaging? Glad you asked.

Later, in the transcript.

If you see how the ads are constructed, we’re actually embracing the can and really connecting it to the quality of the food inside, whether that’s no added preservatives on chicken noodle or whether that’s 6 tomatoes or romancing it in the occasion of the — of grilled cheese sandwich and tomato soup, which we haven’t advertised in a long time, and I think those are all very,very strong.

Consumers seem to have agreed. According to analyst reports, Campbell’s condensed soup is up about 3%, while the overall category is down 3.5%. That means that Campbell’s growth is a direct result of consumers switching from other brands and private labels.

In 2019, after seven years, the Campbell Soup Company sold off its Campbell’s Fresh lines — marking an end to the packaged goods company’s foray into fresh food. The unit was never able to stay consistently profitable — despite accounting for over $2 billion in sales. Campbell’s has a supply chain built for packaged food. It could not control for the unforeseen cost associated with selling fresh produce to consumers.

The increase in soup sales is good news for a company facing an uncertain future. Despite the positive short-term results, the problem remains: almost all consumers say they want fresher food, and Campbell doesn’t offer it. The recent growth is artificial, a result of increased marketing and promotional spending. It won’t be sustainable unless the company increased efficiency — through things like revenue growth management. But at least the company is investing in its brands, unlike someone we know.

Photo by Calle Macarone on Unsplash