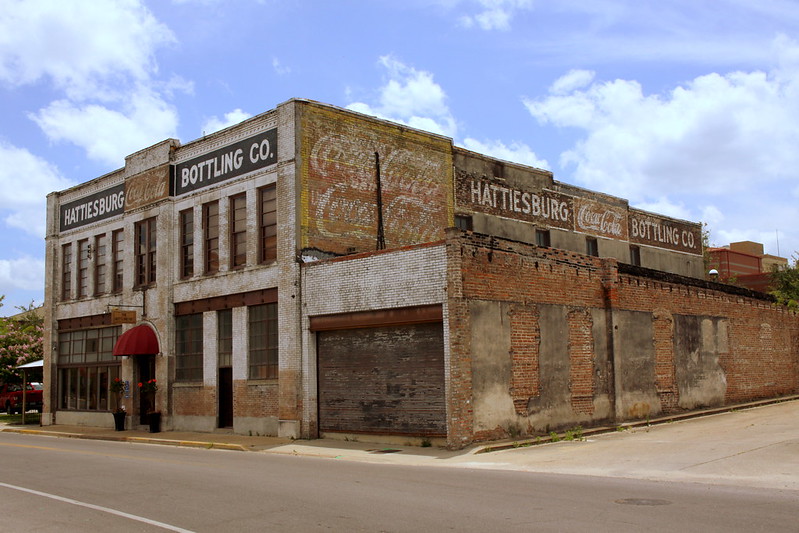 One of the goals of this website is to illuminate the context surrounding different business strategies throughout history. A lot of what we consider innovation isn’t new, but re-coloring past strategies. That brings me to fake eggs and Coca-Cola bottler distribution strategy.

Eat Just Inc., a plant-based egg substitute company that has sold about 40 million fake eggs—mostly in America. It is looking to aggressively expand into China, where the average person eats 50 eggs a year, compared to just 35 in America.

Tetrick’s plan for international expansion depends on local partners, who will be expected to mix Just’s mung protein with oil, water, and other ingredients, then bottle and ship the products. The CEO cites Coca-Cola Co.’s syrup distribution network as an inspiration and says current board member Jacob Robbins, a former Coke supply chain executive, persuaded him to outsource distribution and the final stages of production.

The rise of the Coca-Cola Bottler

Today, Coca-Cola is arguably the most famous brand in the world. You can go to almost any country on earth and buy a Coke bottle from a convenience store, and it will taste the same in Germany as it does in Brazil. Very few companies have the reach or the consistency. This simple fact is a testament to the power of Coca-Cola’s operations.

It’s even more impressive when you realize that a fateful 1899 decision means that Coca-Cola doesn’t manage its bottling operations. The Coca-Cola Company manufactures and sells soda concentrates to 225 different bottlers—which then produce millions of bottles of Coke. The bottlers are responsible for creating bottled soda and getting the finished goods to individual retail stores.

The below graphic, shows how it works:

Why would Coca-Cola give up its bottling operations? After all, vertical integration allows for higher profits—, especially once the business scales.

Fredrick Allen explores the origins of the agreement in the Secret Formula: The Inside Story of How Coca-Cola Became the Best-Known Brand in the World.

In 1899, two young lawyers from Chattanooga, Benjamin Franklin Thomas and Joseph Brown Whitehead, arranged an introduction to Asa Candler, traveled to Atlanta, and made a pitch for the rights to put the soft drink in bottles. At first Candler was unenthusiastic. Bottling was still a back-alley business, in his view, and there was a danger that Coca-Cola’s reputation might suffer if he allowed them to go ahead. Still, Candler told his visitors, he had no interest in keeping the bottling rights for himself and his company. “Gentlemen,” he recalled telling the two Chattanoogans, only half in jest, “we have neither the money, nor brains, nor time to embark in the bottling business.”

At the time, Coca-Cola was experiencing exponential growth. It was earning a 50% return on every bag of syrup it sold to a retailer. Asa Candler, the man who enabled this success, agreed to give away the Coca-Cola bottling rights—for free.

Candler, Coca-Cola’s CEO, had two reasons to be skeptical of bottling.

From Chandler’s point-of-view, there wasn’t a market, nor the technology required to support bottling.

Initially, it looked as if Thomas and Whitehead would fail to get the project off the ground.

As they looked ahead to 1900 and the challenge of fulfilling their contract, Thomas and Whitehead realized there was no way they could afford the time and money it would take to open plants across the country one by one by themselves. Their only hope, they concluded, was to become “parent” bottlers, recruiting other men and giving them franchises to build the actual facilities and sell Coca-Cola in the surrounding territories.

To summarize the chain of events:

Running Parallel to all of this was William Painter, an Irish born, Baltimore based inventor. In 1892 he patented an early version of the modern bottle cap: his design standardized glass bottle necks and the corresponding topper. Standardization allowed mass sterilization. Manufacturers could quickly and systematically sterilize bottles—drastically increasing the shelf life of products.

In most cities, a franchise to bottle Coca-Cola was now considered a license to make money. (Expressing the point explicitly, the bottler in San Antonio printed up a letterhead that depicted a Coke bottle spurting dollar signs, over the slogan, “There is money in it.”) Many bottlers found demand so heavy they divided their territories and assigned their rights to a new genus of sub-bottlers who built smaller, more efficient plants. There was no need to recruit new bottlers, because applicants were beating down the company’s door and begging for the opportunity.

Coca-Cola Bottler: Money for Nothing

Bottling opened up a whole new channel for Coke. Within decades syrup sales to bottlers would account for 40 percent of Coca-Cola’s overall revenue. Thomas and Whitehead’s ‘parent’ bottling company found itself in perhaps the best position.

The parent companies were left without a clearly defined role. Syrup was shipped from the Coca-Cola Company’s factories directly to the actual bottlers, so the parents were not even acting as genuine middlemen. They simply sat back and took a royalty on every gallon, even though they never handled a drop. The parents paid the Coca-Cola Company 92 cents a gallon for syrup, then turned around and “resold” it to the actual bottlers at a generous markup, usually $1.20 a gallon. It was all done on paper.

So to recap: Asa Candler, the man who enabled Coca-Cola’s massive rise, agreed to not only give away the Coca-Cola bottling rights but structured the deal in a way where Coke ended up paying a middleman (parent bottlers) for the privilege.

The primary benefit of the Coca-Cola bottler strategy is that instead of building out a physical production and distribution footprint, a company can tap into an established network and scale quickly. The downside is that you lose margin once successful. Plus, they’re going to be at the whim of their partners. Assuming Eat Just operates the “parent bottler” strategy, and has reasonable controls around the operation, it could make phenomenal sense for a company expanding into new markets.

Part of strategy isn’t just understanding the past, it’s learning from the mistakes of the past.

Eat Just is doing that.