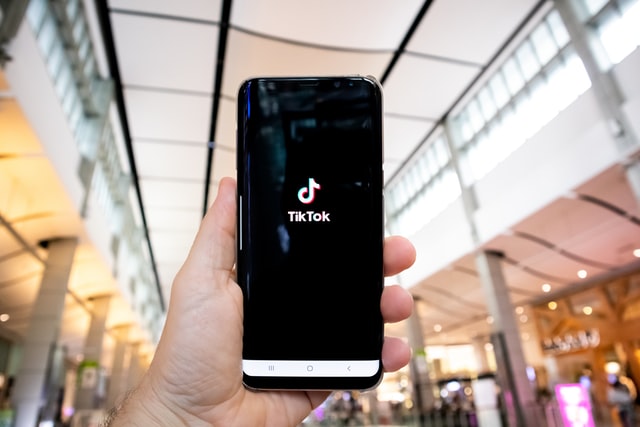 Earlier this month, in a move that harks of fascism, President Donald Trump decreed that TikTok, the Chinese based social application popular with teens, must sell off its U.S. operations. TikTok, which allows users to create and share short videos, boasts over 100 million monthly users and is largely viewed as Facebook’s biggest competitor. Initially, the usual suspects emerged as possible purchasers. Now, it looks as if Walmart may acquire TikTok (with an assist from Microsoft).

According to the Wall Street Journal:

The retail giant’s entry into the global sweepstakes was a surprise and comes as the parties grapple with a valuation for TikTok, which is facing a potential ban in the U.S. from the Trump administration over national-security concerns.

TikTok’s Beijing-based owner ByteDance Ltd. is asking about $30 billion for the U.S. operations, but bidders thus far haven’t been willing to meet that price, according to people familiar with the negotiations. By comparison, Twitter Inc. in recent weeks informally floated a bid closer to $10 billion as part of a range of pricing and scenarios, said some of the people.

Microsoft’s joint bid with Walmart is considered the front-runner, according to people familiar with the matter, while a second consortium including Oracle Corp. remains in the running.

Why would Walmart acquire TikTok?

Walmart, like all retailers, has a simple business model. Here is how I described it earlier:

Founded in 1962 on the mantra of “Always Low Prices,” the company spread like wildfire when fair trade laws left America. Manufacturers were no longer able to control the retail pricing of their products, and Walmart took advantage. It used its size to demand steep discounts and passed the savings to consumers. This newfound pricing power was supported by cutting edge real estate strategies, operations, and logistics—leading to it becoming the most dominant retailer of a generation.

Basically, Walmart buys goods from manufacturers, distributes them to physical locations, and then sells them at a mark-up to consumers. It’s a basic framework, as old as civilization, that gets complicated when you get into specifics. Although TikTok is a new technology, its’ business model is old–it sells advertisements to its userbase of over 100 million monthly users. How do these two business models work together?

While Walmart has provided few details of its rationale, in confirming its intentions it highlighted TikTok’s potential to expand two particular parts of the US retailer’s business: advertising and its online third-party marketplace. Ecommerce industry experts believe the success of both could be critical to enabling Walmart to compete successfully online against the might of Amazon…The appeal is in the extraordinary digital reach of TikTok, which has more than 100m active US monthly users. They are predominantly young, tech savvy and likely to shop online. An acquisition would give Walmart the chance to “get more eyeballs”, said Charlie O’Shea, retail analyst at Moody’s.

So, according to a lot of smart people, the strategic rationale is to spend billions of dollars on a network that makes user acquisition easier. This sounds a whole lot like underpants gnomes to me.

Why I’m skeptical of Walmart’s potential acquisition of TikTok

Walmart is a revolutionary brick-and-mortar retailer that created an empire by using scale and technology to take advantage of changing US commerce laws. It has done an admirable job integrating technology into its operations—becoming a true omnichannel retailer. It’s core strategic assets are a) buying power and b) footprint of over 5,000 physical locations. There’s a lot of money to be made in this space.

There’s not a lot of headlines for companies that sell low-cost consumer basics. Walmart has spent the last decade throwing away billions of dollars to make itself relevant. First with Jet.com, where it spent $3 billion to buy an Amazon clone—despite having just 20 fulfillment centers to Amazon’s 120. It quietly shut down the website after losing $1 billion a year on about $20 billion in revenue.

Walmart has also spent almost half a billion dollars on unprofitable, but hip brand acquisitions.

Lore has overseen the acquisitions of the menswear brand Bonobos for $310 million, the vintage-style clothing brand ModCloth for less than $50 million, and, most recently, the women’s plus-sized fashion brand Eloquii for $100 million. Part of the thinking was that those deals would give Walmart and its online stores exclusive merchandise that shoppers can’t find on Amazon, which could help the Middle America retail giant appeal to a new generation of consumers who typically wouldn’t shop at Walmart.

But all three businesses are still unprofitable, sources say. And in recent months, Walmart has discussed the potential sale of both Bonobos and ModCloth to separate outside buyers, according to multiple sources familiar with the discussions.

Now it’s looking to spend up-to $30 billion on an app, with a business model it has no core competencies in.

Photo by Olivier Bergeron on Unsplash