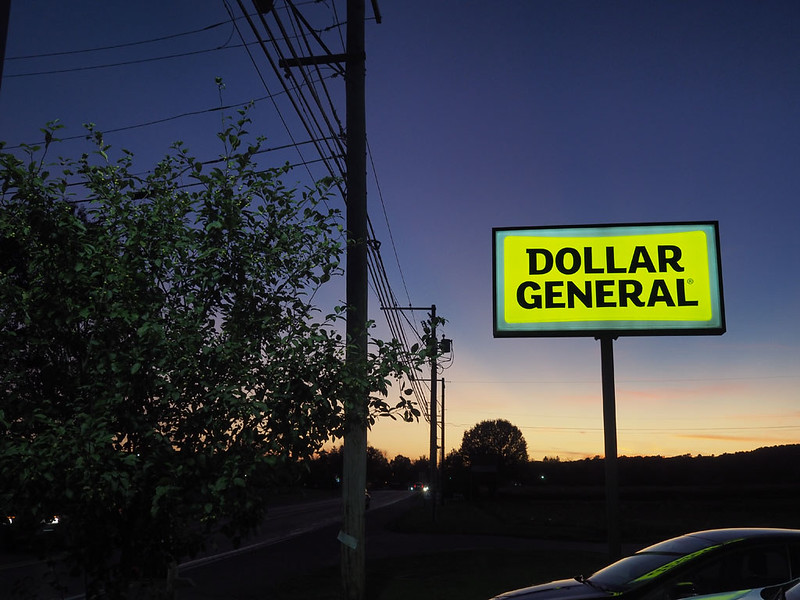 For as long as there has been business, there have been theories that attempt to explain the outcomes of the market. Some, like creative destruction and the innovator’s dilemma, are far-reaching and offer a universal framework to analyze the political economy. Others, like the wheel of retailing, concentrate on individual industries—and attempt to explain specific niches.

What is the Wheel of Retailing?

The wheel of retailing is fairly straight forward. Here is how Professors Peter Scott and James Walker defined it at Business History:

New retail modes frequently emerge at the bottom end of the price and service spectrum, using low-cost, low margin, `no frills’ formats to undercut incumbent competitors. However, once well-established, such retailers typically up-grade services and facilities, raising costs and prices and leaving themselves vulnerable to a new wave of low-cost entrants.

Walmart is proof of the theory. Founded in 1962 on the mantra of “Always Low Prices,” the company spread like wildfire when fair trade laws left America. Manufacturers were no longer able to control the retail pricing of their products, and Walmart took advantage. It used its size to demand steep discounts and passed the savings to consumers. This newfound pricing power was supported by cutting edge real estate strategies, operations, and logistics—leading to it becoming the most dominant retailer of a generation.

In the late 2000s, Walmart’s strategy switched. Walmart entered grocery and created “superstores.” Low prices were still important to the company’s strategy, but so was the overall shopping experience. In 2019, the company announced plans to invest $11 billion updating over 500 storefronts, which includes redesigning automotive and cosmetics. They aren’t selling the cheapest or the best—but somewhere in between. The company’s mantra is now “Save Money. Live Better.”

Will Dollar General ever move up the wheel of retailing?

I don’t think so, but before I get into why it’s important to understand why discounters become successful, and why the transition up the wheel of retailing is often difficult.

Strategy differ across the wheel of retailing

In their 2017 history of five-and-dime stores, Peter Scott and James Walker argue that earlier discounters (like Woolworth) declined because the operations that allowed them to discount profitability didn’t translate when the stores attempt to move up the wheel of retailing.

One of those operations is their personnel strategy.

Today, both Dollar General and Walmart rely on low-wage workers to serve as sales associates. Dollar General pays around $8.50 an hour; Walmart is around $12. Here’s Woolworth’s CEO describing the same sentiment in 1892:

We must have cheap help or we cannot sell cheap goods. When a sales clerk gets so good she can get better wages elsewhere, let her go –for it does not require skilled and experienced salesladies to sell our goods.

This business strategy may work when the store is selling commodity goods like toilet paper and sponges. It falls flat when selling specialized products like clothing and automotive parts. Scott and Walker quote another discounter in 1932, who recently transitioned up the wheel of retailing, highlighting the importance of suggestive selling and bemoaning low-paid worker’s ability to execute it.

You should possess this information in order to properly train your salesgirls in the art of increasing each sale. Of equal importance is a thorough understanding of the best methods for presenting your merchandise to the customer in such a manner that interest is aroused and the salesgirls’ service appreciated…Verbal suggestions must be followed up by intelligent comment… Few salesgirls are instinctively able to do this.

Walmart has been able to manage this transition. History isn’t so kind to others.

Discounters never really had a chance. Discounters were designed to bulk purchase a variety of commoditized goods and sell them cheaply—the opposite of higher-end retail.

So this begs the question, why did previous discounters move up the wheel of retailing?

Market saturation moves discounters up the wheel of retailing

Scott and Walker conclude that discounters moved up the wheel of retailing because they had nowhere else to go for growth. Given that the business model relied on no advertising and standardized commodity products, the only way in a new market was to cut prices—a disaster in waiting. They couldn’t enter new territories, because all the territories were taken. According to their analysis, Woolworth, a dominant player, faced competition in just 22 percent of their 238 locations.

Our model views shifts from low to higher value merchandise as being driven by retail format saturation in the low price niche. No frills retail formats compete primarily on price. However, for very low price merchandise substantial gross margins are necessary to cover high handling cost to price ratios. Price wars between rival stores adopting the same format are thus potentially ruinous. The alternative is to move into higher value lines, but this necessarily involves adding more services –to meet the minimum expectations of consumers and provide the information and advice they require. (Emphasis mine)

The opposite is now true.

As long as the economy continues to drive inequality, modern dollar stores will continue to excel, giving no incentive to move up the wheel of retailing.

From a New Yorker article detailing how Dollar General became a target for crime:

The chains’ executives are candid about what is driving their growth: widening income inequality and the decline of many city neighborhoods and entire swaths of the country. Todd Vasos, the CEO of Dollar General, told The Wall Street Journal in 2017, “The economy is continuing to create more of our core customer.”

Given what we’ve seen in the last ten years, it seems highly unlikely that Dollar General will ever need to move up the wheel of retailing.

2 Comments → Wheel of retailing: What it is and why Dollar General may not move up