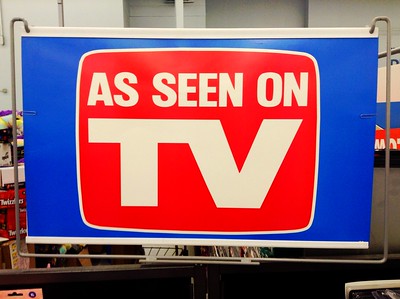 Influencer marketing is a big business. Business Insider estimates that by 2022, brands will spend up to $15 billion on influencers pitching their products. In most respects, the United States is lagging behind China in its reach and impact.

In April, Huang—known professionally as Viya—sold a rocket launch for around 40 million yuan ($5.6 million). The live, online shopping extravaganza the 34-year-old hosts most nights for her fans across China is part variety show, part infomercial, part group chat. Last month, she hit a record-high audience of more than 37 million—more than the “Game of Thrones” finale, the Oscars or “Sunday Night Football.”

Each night, Viya’s audience places orders worth millions of dollars—typically for cosmetics, appliances, prepared foods or clothing, but she’s also moved houses and cars. On Singles Day, China’s biggest shopping event of the year, she did more than 3 billion yuan in sales. The spread of coronavirus, which put most Chinese people under stay-at-home orders, doubled her viewership.

The numbers here are staggering–37 million people watch a person sell goods online. The manufacturer’s appeal here is obvious. One of the toughest parts of the consumer goods world is getting in front of consumers’ eyeballs, where they can purchase it. Viya solves this—while spreading overall awareness.

1. Research and Development: Creating a product that consumers want.

2. Production: Figuring out how to manufacture the improved product at scale.

3. Supply chain: Ensuring that you have enough raw commodities to manufacture the product.

4. Transportation: Getting the product to the customer (retailer).

5. Sales: Ensuring the product gets prime placement for a customer through negotiations and pricing.

Viya combines processes 5 and 6. Traditionally, Marketing would spread mass awareness and tell consumers where they can buy the product. Sales then work with retailers to make sure consumers easily find the product (through slotting and placement fees) and are enticed to buy it (through promotional allowances).

Bloomberg describes how the livestream works (Emphasis mine):

And, of course, everything is available at a deep discount, as long as it lasts. The link to buy a product isn’t released until after Viya’s done pitching and counts down: “5, 4, 3, 2, 1.” If a particularly popular deal runs out, she sometimes pleads with her off-camera producers on behalf of her audience to release more. It’s an honest question—the team is keeping track of inventory and sales in real-time—and a heck of a tactic.

Each one of the bolded tactics is just a modern application of traditional promotional allowances. There’s a price cut, supported by artificial scarcity (limited time offer), but instead of executing them within a store, Viya executes them over the internet.

Influencer Marketing and the QVC comparison

The standard and obvious Western comparison for Viya is QVC or the Home Shopping network. After all, each features people pitching products over video, supported by an advanced technological back-end that ensures consumers can quickly and securely purchase and receive the product.

Ron Popeil was a legendary infomercial and QVC pitchman. On the surface, he doesn’t seem that different from Viya. Ron invented a variety of kitchen gadgets–from the Chop-o-Matic, “Ladies and gentlemen, I’m going to show you the greatest kitchen appliance ever made,” to the Showtime Rotisserie, “Set it and forget”–He rose to prominence filming infomercials. As cable became widespread and the QVC network gained exposure, Popeil became a regular host. In essence, he was a live streamer. He was, of course, great at it, routinely selling $1 million worth of merchandise in one hour.

Here’s Malcolm Gladwell, in “The Pitchman,” describing his marketing strategy (emphasis mine):

There were no buttons being pressed, no hidden and intimidating gears: you could show-and-tell the Veg-O-Matic in a two-minute spot and allay everyone’s fears about a daunting new technology. More specifically, you could train the camera on the machine and compel viewers to pay total attention to the product you were selling. TV allowed you to do even more effectively what the best pitchman strove to do in live demonstrations—make the product the star.

The result of this approach was an enticing proposition to manufacturers.

A 1994 US News Report article on the rise of QVC explains why:

And since QVC deals directly with manufacturers and sells in such vast quantities, its cost of goods is lower than that of many traditional retailers. Designer Diane Von Furstenberg, who now sells her clothes exclusively through QVC, estimates she can price her blouses, skirts and blazers on television at less than half what a department store would have to charge. “Being on QVC allows me to pass up the middleman, the double shipping, the double warehousing, the showroom costs,” says Von Furstenberg. With fewer layers nibbling away at profits, QVC enjoys a larger gross profit margin — 42 percent in 1992 — than a typical department store. “And they don’t pay rent, sales help or advertising,” adds consultant Millstein, listing three of the largest costs for traditional store owners.

Manufacturers maintain their margin but gain access to a huge pool of buyers. Consumers get lower prices for high-quality goods. QVC facilitates it all and takes a cut.

The result was a win/win/win for consumers, manufacturers, and QVC.

Viya and other influencers act as a discounter

Viya shuns the infomercial strategy. Instead, she is the star of the show. It’s Viya, Viya alone that approves the product and pleads with producers to release more goods.

To bolster their own credibility, live streamers demand deep discounts and generous add-ons from the brands they work with. And the long-term effects of a successful promotion can be modest. Less than 10% of customers through live streams become repeat buyers, compared with 40% of the customers who come directly through Tmall, said Roger Huang, China CEO for Saville & Quinn, a U.K. skincare company. “It’s just one wave, and then it’s over. They’re Viya’s fans, and they follow her call,” he said. “Livestreaming is very effective, but we can’t get addicted.”

On the surface, live streamers and other social media influencers seem like an ideal pitchman. However, in reality, they have more in common with Dollar General or Family Dollar than QVC or the Home Shopping Network.

The product will never be the star–instead, it will always be second to the live streamer or store. People go to discount stores because they know they can get deals; they’ll never go because of a brand–it’s the same game with influencer marketing.

Like discounters, it makes sense to engage with influencers like Viya–given the reach of the major players. However, like discounters, manufacturers should consider adjusting quantity counts, creating new SKUs, and limiting trade spend.

Or else influencer marketing led growth could become a mirage, propped up by trade spend.