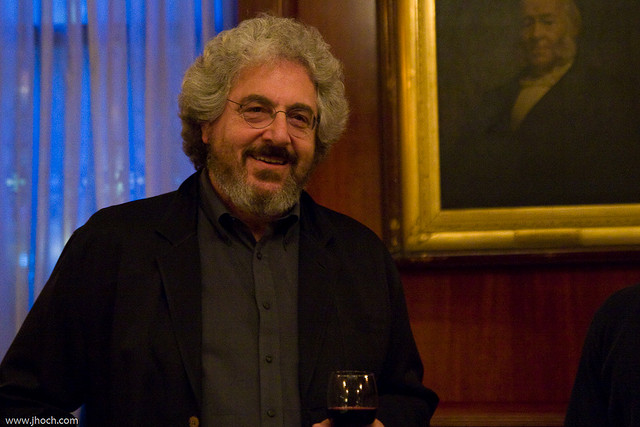 Harold Ramis, a writer, director and actor who shaped American culture more than perhaps any comedic figure died this week of an autoimmune disorder. Listing his credits is similar to listing the Beatles discography; nearly every modern variation of comedy can trace itself to one of Ramis’ creations. “His work is the reason why so many of us got into comedy,” Judd Apatow said, “…He literally made every single one of our favorite movies.”

Ramis was much more than the creative force behind Groundhog Day or Animal House, he was a guy trying to understand the world. ““When I was twelve, I read the line, ‘An unexamined life is not worth living.’ ” He told a Buddhist Publication, “I took it seriously to heart. And literally. Like it was a requirement in life, akin to the Buddha’s suggestion that we maintain ‘sufficiently inquiring minds.’ ” Like many people I spent the last few days reading up on Ramis’ life. What struck me was not his accomplishments or sense of humor [1. Which are amazing], but the level of wisdom he articulated. After reading a handful of features and interviews a number of themes became evident. I curated them below.

You have to live your life with a certain blind confidence that if it’s your destiny to succeed at these things, it will happen, if you just continue to follow a straight path, to do you work as conscientiously and as creatively as you can, and to just stay open to all opportunity and experience. There’s a performing motto at Second City…to say yes instead of no. It’s actually an improvisational rule…It’s about supporting the other person. And the corollary to that is if you concentrate on making other people look good, then we all have the potential to look good. If you’re just worried about yourself—How am I doing? How am I doing?—which is kind of a refrain in Hollywood, you know, people are desperately trying to make their careers in isolation, independent of everyone around them.

And I’ve always found that my career happened as a result of a tremendous synergy of all the talented people I’ve worked with, all helping each other, all connecting, and reconnecting in different combinations. So…identify talented people around you and then instead of going into competition with them, or trying to wipe them out, make alliances, make creative friendships that allow you and your friends to grow together, because someday your friend is going to be sitting across a desk from you running a movie studio.

Always maintain an eye on what is important

I asked him about an observation that the director Jake Kasdan had made to me: that Ramis seems to move through life with a thought bubble over his head that says, “Can you believe we’re getting away with this?” He said, “Part of it is, Hey, we’re in a movie! How cool is this! And then the other joke is the big joke of life, the ultimate irony that none of it means anything, that it’s all ridiculous—whatever we think is important isn’t. We’re standing here on a set talking intensely, like it really matters, we’re spending a zillion dollars, two hundred people are standing around waiting for us, and we’re arguing about what’s the funniest candy bar.”

Ramis began writing what would become “National Lampoon’s Animal House” with Doug Kenney, one of the founders of National Lampoon. (A third writer, Chris Miller, soon joined them.) They were paid ten thousand dollars each and wrote eight hours a day for three months. Ramis took the lead in constructing the script, but its tone owed a lot to Kenney, a sarcastic Harvard graduate who became Ramis’s constant companion. “Doug was the Wasp me, the me with alcoholism thrown in,” Ramis says. “He used to say that ‘just because something’s popular doesn’t mean it’s bad,’ which I really took to heart, because my stance had always been that people are idiots and sheep. Our other motto was ‘Broad comedy is not necessarily dumb comedy.’ Doug envisioned ‘Animal House’ and, later, ‘Caddyshack’ as edgy, adult Disney films. He understood that if you make it look like Disney and feel like Disney, and then inject a much edgier message, you have a way of reaching people without threatening them.”

Ramis had also been weighing an opportunity to direct “The Dinner Party,” a comic remake of “Guess Who’s Coming to Dinner” starring Bernie Mac as the disapproving father. “Interracial couple, big issues, and it would be my full fee,” Ramis said. “Ashton Kutcher is in,” he later told me dryly. “So that’s a relief.” But he turned the film down. “It’s too Disney. It would need a page-one rewrite to get at the real issues.” He went on, “I have no trouble selling out—I’m a benevolent hack, in a certain way—but I want to pander for something I believe in.”

The importance of being a creator

I realized that as an actor, you’re completely at the mercy of other people. You basically go begging for the opportunity to work. As a writer, at least nobody can tell me what to do. I can write what I want. I might not sell it, but at least I’m in control.

The  passages were culled from the following profiles and interviews