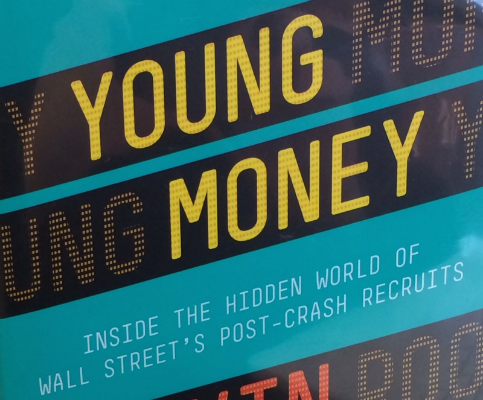 For three years New York’s Kevin Roose followed the careers of eight young Wall Street workers to research Young Money. According to the book’s marketing materials Roose created “the story of how the financial crisis changed a generation–and remade Wall Street from the bottom up.” Released last month, the book is many things: a look at the culture of Wall Street through the eyes of those at the bottom, an exploration into the decline of the industry’s esteem, and an 8 person character study. It isn’t however, as some reviewers have suggested, a new Liar’s Poker.

It is a lazy cliché to compare any book remotely critical of Wall Street to Michael Lewis’ 1989 classic. Poker tells the story of an industry on crazy pills and absolutely shreds it. After majoring in Art History, Lewis get a job at Salomon Brothers and found himself handing out investment advice to seasoned investors despite not knowing a thing about the financial industry. “The whole thing still strikes me as preposterous,” he later wrote in a pseudo-epilogue.

I don’t think Roose set out to write the next Liar’s Poker. If he did he would have spent more time analyzing how the industry’s incentive structure turns good people into amoral technocrats. [2. Roose briefly touches this at the end, but it doesn’t seem like enough.] He also would have called out the superficiality of many of the young analyst’s statements [3. This probably has more to do with Roose becoming friends with his subjects]. Instead he crafted a narrative around the psychological impact of working in a toxic industry on eight young people. “I have never seen more people disgusted to get their hands dirty in my entire life,” a young analyst told Roose after her Bank of America class was tasked with doing routine yard work for a few charities.  “There were like two hundred kids just standing there, looking at their BlackBerrys and being like, ‘I really want to get back to the office.’ I was like, ‘Are you guys kidding me? Is this a joke? You’re out in the sun, doing something good for the community, and all you guys want to do is go back and sit at your desks?’”

That’s Wall Street culture in a nutshell. Given the chance to stay outside and help the community, they’d rather get back to their desks.

Bottom Line: Young Money does not offer an in-depth description of the financial services industry or a grand explanation for its failings. Rather, it is a light and breezy look at the impact of the finance culture on the lives of eight young people.