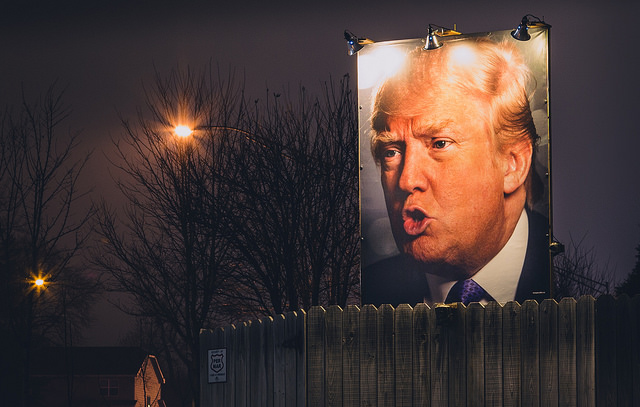 Human dried apricot Donald Trump was born on third and thinks he invented baseball. His followers feel forgotten in modern America. But hidden behind his insane belief that a wall will stop migration and America should ban ¼ of the world’s population are some “interesting” economic policy ideas. Donald Trump’s economic policy is interesting because it’s rooted in ideas from the 1600s that have largely been forgotten or excluded from mainstream economics.

Donald Trump is a mercantilist.

What is a mercantilist?

Mercantilism was the dominate European economic school of thought in the 16th and 18th centuries. As a general statement, they believed that the ultimate goal of countries should be to increase their balance of payments surplus. That is, they should export more goods than they imported. Since the government controlled or regulated most production, the bigger the surplus, the more money for the ruling families. Mercantilist Thomas Mun summed up their position, “We must observe this rule: to sell more to strangers yearly than we consumer of theirs in value.”

What happened to mercantilism?

Honestly? Bad branding. The mercantilism I described has more or less been proven to be poor economic policy. Continuous surpluses eventually lead to inflation, which negates the point of the policy. Additionally, an obsession with money misses one of the points of an economy: having the production capacity to produce things.

But you can make a case that mercantilism was about more than just balance of payments. Economist William Grampp read the original writings and found a much deeper idea. The Economist summarized his findings:

Few mercantilists were slaves to the balance of payments. In fact, they were alarmed by the idea of hoarding gold and silver. This is because many mercantilist thinkers were most concerned with maximising employment. Nicholas Barbon—who pioneered the fire insurance industry after the Great Fire of London in 1666—wanted money to be invested, not hoarded. As William Petty—arguably the first “proper” economist—argued, investment would help to improve labour productivity and increase employment. And almost all mercantilists considered ways of bringing more people into the labour force.The Economist, 2013

So are Trump’s economic policies viable?

Long Answer: Trump hasn’t really given a coherent economic policy other than “making America great again.” But, if you view his statements holistically, I think Steven Rattner sums up his views in the New York Times, “a curious mélange of populism and hard-right conservatism, inherently contradictory perspectives that often lie far outside the boundaries of accepted economic thought.”

But that doesn’t mean that Trump hasn’t inadvertently stumbled into a concept worth investigating–just for the sake of knowledge.

Free trade is a pillar of mainstream economics. It’s almost like the theory of relativity is to physics…Except not entirely verifiable. Most mainstream policy is predicated on the idea of growing a country’s production capacity—more commonly known as GDP. Because free trade undoubtedly increases GDP (the issue is if it is distributed down), there isn’t a ton of research on contrary ideas, like mercantilism.

Is this a mistake?

I feel weird saying this, because Trump is such a repulsive individual, but I’m interested in how a modern democratic mercantilist economy would function.

Case study-wise, Russia and China are both modern mercantilist economies. Russia is a corrupt disaster, and China is an economic powerhouse fueled by fraud. That doesn’t make me feel to optimistic about our chances. Plus countries have gone to war over cinnamon, oil, and opium. It’s not hard to imagine that a 25 percent tax on imported automobiles and heavy machinery would lead to an actual war.

But I’m not sure that we shouldn’t at least be investigating less conventional policy, even if the messenger is a leftover chunk of poached salmon. There is a real case to be made that the economic dogma isn’t working. Real wages have been stagnant for years and free trade gutted out the bulk of the American industrial sector to the point where we are at risk of being a hollow state.