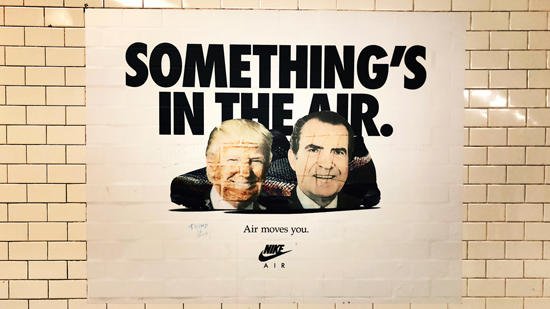 The central thesis of Nixonland, a sprawling look at the origin, rise, and decline of the Nixon administration, is that there was simmering white resentment underneath the optimism and change of the Kennedy Administration. Hidden behind the civil rights movement was a mass of unhappy middle-class white people. Nixon wasn’t the first politician to exploit white rage, that honor would go to Ronald Reagan. Nixon merely copied it, perfected it, and fractured the nation into Nixonland. Richard Nixon, Ron Perlstein writes, “so brilliantly co-opted the liberals’ populism.” Re-directing well-meaning reforms, “into a white middle-class rage at the sophisticated, the wellborn, the “best circles” — all those who looked down their noses at “you and me”…that sneered imperiously at the simple faiths of ordinary folk, their simple patriotism, their simple pleasures.”

In 1964, Lyndon B. Johnson won 61.05 percent of the popular vote on a platform of expanding FDR’s New Deal to non-white Americans. Its sole goal was to eradicate poverty and racial injustice. He coined it the “Great Society.” When lighting the national Christmas Tree, President Lyndon Johnson described it as “the most hopeful times since Christ was born in Bethlehem.” Eight years later Richard Nixon won 60.67 percent of the vote on a platform of “Law and Order”; an ideological repudiation of the Great Society. Nixonland is fundamentally about this uniquely American transformation. How America went from believing civil rights law leveled the playing field to one that held it caused race riots. How it went from viewing welfare as help for the weakest to help for the laziest. How political dissent became tantamount to treason. Nixon was at the center of it all, weaponizing a white populace’s fears into an “us versus them” political revolution. “Far from becoming a great society,” Nixon wrote in Reader’s Digest leading up to his Presidential election, “ours is becoming a lawless society.” The underlying context was that only Richard Nixon, and people like him, could protect society from the hordes of others.

It should. It’s effectively the same formula that underwrote nearly every national Republican campaign since Nixon. Donald Trump is merely the most blatant example of it. Instead of hiding behind terms like “welfare queens” and “real Americans”, Trump just went ahead and called Mexicans rapists. Reading Nixonland, you can’t help but draw comparisons to the modern era. At times, it was like looking into a mirror.

Here are four themes explored in Nixonland and how they help explain Donald Trump.

Trump and Reagan campaigned on ignorant solutions for complex problems.

In his 1966 campaign for Governor Ronald Reagan argued that Great Society bureaucrats enslaved society. One solution was to replace the administration of state hospitals and mental institutions with “an expert committee of hotel operators.” After all, people stayed overnight at both. Trump’s famously argued that immigrants destroyed society and based his entire campaign on the idea that America should build a 1,954-mile wall on America’s southern border to keep them out. Both of their liberal opponents’ policy arguments were no match for the simplistic solutions.

In the 1960s, NYPD was a corrupt operation that routinely robbed people of color and functioned as de-facto muscle for a largescale gambling operation. New York City Mayor John Lindsay, a Republican, pushed for the implementation of an NYPD Civilian Review Board. Reactionary whites responded by calling it a communist plot to break the spirit of America. Nixon blamed honest attempts at reform as undermining the legal system itself. The recent comparison is Black Lives Matter, a movement to address institutional racism. It, of course, has been characterized as everything from a war on cops, the military, and white people. Trump has been happy to join in.

Both Nixon and Trump were experts at packaging media

In the 1960s media was centralized in New York City. News cameras shot on celluloid and airlifted to NYC for processing. National newscaster, based in New York, broadcasted the clips at night. Nixon tailored his campaign around this distribution system. He held one campaign event a day (to limit gaffles), at an airport (to speed up shipping), and his producers would help highlight talking points. Meanwhile, his opponent Hubert Humphrey held dozens of events every day (creating a trail of gaffles) far away from airports.

The media is no longer centralized. It is a beast that needs content. Trump’s constant barrage of social media and provocative statements overwhelmed Clinton’s traditional approach. Nixon limited supply to control the narrative; Trump opened the floodgates for the same effect.

At its tactical core, accusations of collusion between Donald Trump and Russia aren’t that much different than tactics Nixon used against his 1972 opponents. Nixon called it “Ratfucking.”

Russia utilized comprehensive informational warfare to sow discontent. Fake Facebook and Twitter accounts, news reports, and protests helped elect Donald Trump. As of February 2018, we still have no idea if Russia coordinated with the Trump campaign. Here is what we do know Nixon himself planned and/or approved:

Nixonland is a great book and an important read. It deftly explains how Nixon fractured America and created the racial and economic fissures we’re still dealing with today. At the present time author Rick Perlstein has been hesitant to compare Trump to Nixon. “I actually think the comparisons at this point obscure more than they reveal,” he told New Yorker when asked the same question, “Nixon was just so shrewd, so strategic: it’s simply inconceivable he would get caught with his pants down implicating himself on the record, like Trump now does almost daily.”