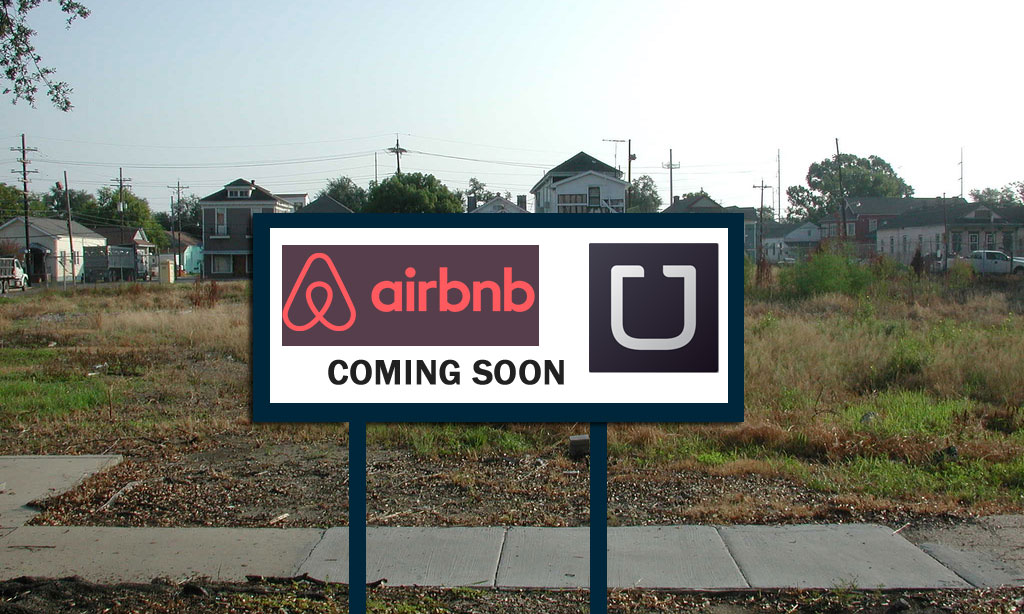 It’s news to no one that America’s middle class has been devastated by computers and globalization. With income inequality on everyone’s mind, it’s now the billion-dollar question policy makers face over the next twenty years. The standard solution follows something like this: The entire economy seems to be stagnant, except for Silicon Valley. Government needs to copy that and become more like a start up. People gravitate to this because it makes sense on a superficial level.

But society has different goals than a 5 person team fresh out of Y-Combinator.

Harvard Business Review recently jumped on the “government like a start-up” train with The 4 Types of Cities and How to Prepare Them for the Future. Written by a faculty member at Harvard’s Business and Environment and Social Enterprise Initiative, it outlines various strategies that different cities and entrepreneurs should use to create innovation and growth across four different levels of development. It’s an interesting framework, but fundamentally flawed because the author doesn’t seem to understand why certain start-ups are valued so highly.

For a developed city, and he specifically mentions Detroit, he provides the following guidance for city leaders:

Leaders should try to establish a setting where entrepreneurs can create solutions that improve quality of life — without added government expense. Airbnb is an example of a win-win quality improvement: landlords realize more cash flow from their assets, and customers gain both better choice and lower costs in their travel lodging options. Similarly, city leaders should encourage enterprises that create jobs directly (Lyft or Uber) or that indirectly facilitate expansion of work (Angie’s List or Handy).

At first glance almost all of this seems reasonable, but after a second look, it is quite frankly, wrong. It’s not that it’s outrageous, it’s just common tech-centric rhetoric repackaged as serious policy proposal. Let’s get this out of the way. The sharing economy is at best a mischaracterization and at worst a fad. It’s a losing value proposition for the vast majority of society. This isn’t to say they are without value, particularly for customers, power users, and shareholders. I’ve used both and will continue to use both. But that doesn’t change the fact that they are lean, mean, profit making networks because they place nearly every single negative externality onto the cities and sub-contractors who give the network value. Uber doesn’t own and insure the cars or pay payroll tax; that is the responsibility of the drivers. Airbnb generates wealth for homeowners, while drastically distorting rental markets in major cities. This ability to avoid negative externalities is why they are valued at nearly four times Detroit’s annual city budget. They’ve found a way to privatize all the good stuff, while leaving the bad parts for others.

Cities don’t have this option. The old saying holds that crap runs down hill, and by definition cities are at the bottom of the hill. They have a greater responsibility than shareholder returns; and policies must reflect that. This isn’t to say that governments shouldn’t modernize. One of President Obama’s most important achievements in office has been rebuilding the federal government’s tech infrastructure. But governments have to educate, protect, and keep a populace healthy. It’s nearly impossible to do that when you’re not willing to take the good with the bad.

There is no easy answer to this problem. The current way we run large cities isn’t working, but pretending that it is an app away from turning things around is simply naïve–especially coming from one of the world’s best business schools.