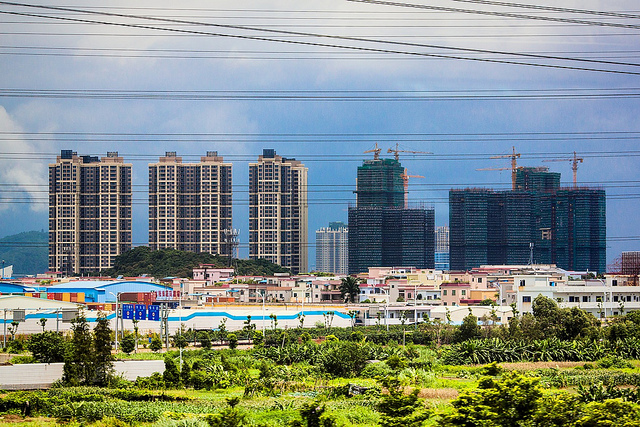 In the span of forty years the China performed a development miracle. It transformed itself from an agrarian afterthought to the world’s second largest economy. This was in spite of pervasive attitudes and policies that ran contrary to most Western economic thought. In as recent as 1980, the country’s official dictionary defined “individualism” as “the heart of the Bourgeois worldview, behavior that benefits oneself at the expense of others.” Analyzing how one person’s world went from rural farming to internet millions is a hard task. Distilling the thoughts and attitudes of a billion people and putting it in context of modern society is a seemingly impossible one. As I explain in my Age of Ambition review, Evan Osnos delivers the impossible. He answers the question, “At what cost was China’s development miracle?”

Published in 2014, the National Book Award winner chronicles Osnos’s observations while he lived and worked in China. It begins by outlining the typical business-feel-good success stories you see when people discuss China’s economic emergence. A man makes millions by developing an English education system; a woman created Match.com…for 1.3 billion people. The stories are well written, and showcase the power of a quasi-market economy to transform the lives of millions. However, as you continue to read a fuzier picture emerges. The language system is championed by an unrepentant wife beater who borrowed his business plan from Amway and Scientology. Thousands of ambitious and eager students thought they were buying world class language class, but only find themselves saddled with debt and a bunch of useless English books. The dating site operates in a society where the only men women want to date men who own houses and cars–in a society that relies on public transportation.

Age of Ambition is at its best when it contextualizes China’s growth. The chapters on China’s railroad industry exemplify this. Liu Zhijun, China’s Minister of Railways, was charged with developing the nation’s rail system. After rising to office he announced plans to build 7,500 miles of high-speed track. To put that in context, America has one high speed rail-line spanning about 400 miles, and it doesn’t really even count (it is capable of about 150 mph, the average speed is closer to 60 mph). The world noticed the goal. And why wouldn’t they? This was a country whose GDP per capita rose from about $600 to almost $8,000 in twenty years. Europe refocused and expanded their system. President Obama addressed it in his State of the Union speech. “China is building faster trains and newer airports,” he told the crowd. “Meanwhile, when our own engineers graded our nation’s infrastructure, they gave us a “D.”

Four years after announcing one of the largest public work projects in history, Liu Zhijun opened the first leg of the massive high speed track. It was 75% over budget and based solely on German designs.

That was the least of their worries.

Three years later a track sensor failed. The failsafe worked. A train carrying over 1,000 people stalled at the failure point. The sensor somehow got stuck on green. A gleaming modern train turned into a sitting duck. Moments later another train smashed into it. 42 people died.

A single contract could be divvied up and sold for kickbacks, then sold again and again, until it reached the bottom of a food chain of labor, where the workers were cheap and unskilled. (The practice is hardly unique to the railways: in 2010, a rookie welder employed by an illegal subcontractor was working on a dormitory in Shanghai when he dropped his torch and set the building on fire; fifty-eight people died.) In November, 2011, a former cook with no engineering experience was found to be building a high-speed railway bridge using a crew of unskilled migrant laborers who substituted crushed stones for cement in the foundation. In railway circles, the practice of substituting cheap materials for real ones was common enough to rate its own expression: touliang huanzhu—robbing the beams to put in the pillars.

The largest public works project in recent memory was also one of the most fraudulent. Liu Zhijun admitted to using his position to sleep with over 20 actresses, attain over $100 million in bribes, and stumbled onto ownership of over 374 houses. His brother earned nearly $50 million; most of which molded away in storage because he couldn’t figure out how to effectively launder it.

Like America’s response to the financial crisis, the punishment to the offenders didn’t fit the crime. Most argue that if they would have shown a light on the fraud the entire system would have fallen. Authorities originally sentenced Liu to death, but reduced to life in prison. Most believe it will be further reduced as the crime fades into memory. His brother received 16 years in prison, but was transferred to a private location where continued to conduct his business.

That’s Osnos’s picture of China. A place with superficially rapid growth, built on a shaky foundation. Capitalism without freedom. 1.3 billion increasingly educated people, in a place where creativity and individual expression is frowned upon. The country Osnos concludes, is “a train with a limited number of seats.” If you were born into the right family or paid the right bribe you got a seat. China now has more billionares than America. Luxury brands are so popular that the country banned the term “luxury” to stave off class instability. If you were aren’t one of the lucky ones the economic miracle has a darkside. You can’t breathe the air. Low level government positions are openly bought and sold.

Osnos concludes that for many there is simply no way on the train. They “could run as far and fast as their legs would carry them, but they would only be able to watch the caboose shrink into the distance.”

2 Comments → At what cost was China’s development miracle?