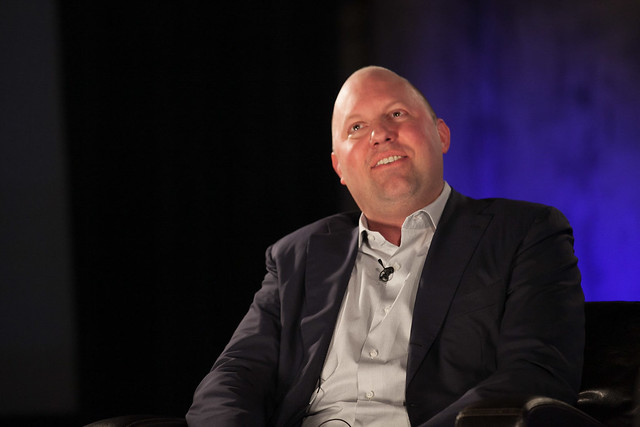 Writing on the Andreessen Horowitz blog, influential tech entrepreneur Marc Andreessen published It’s time to build. The essay laments Western civilization’s response to the coronavirus. To Andreessen, who the New Yorker labeled a “farsighted theorist” and sits alongside Bill Gates and Peter Thiel in the pantheon of serious Silicon Valley thinkers, the issue is desire.

Let’s take this specific passage of It’s time to build:

1. We don’t have enough coronavirus tests, or test materials — including, amazingly, cotton swabs and common reagents.

We do not have enough coronavirus test because of mismanagement from the Trump administration—full stop. According to reporting by ProPublica, one of the finest news organizations in the world, the CDC “shunned the World Health Organization test guidelines used by other countries and set out to create a more complicated test of its own that could identify a range of similar viruses.” When that test was sent out to labs—it failed to work. Basically, we needed a car, a friend offered to give us his, but we insisted on building our own—and it didn’t work. America wasted valuable weeks because the decision was made to use a proprietary test.

We do not have enough ventilators because of a combination of greed and lack of antitrust enforcement. In 2006, after the SARS crisis, civil servants realized that the nation was woefully under prepared for a pandemic. They identified ventilators as a hazard point and set out to stockpile 40,000 of them. This again is contrary to Andreessen’s assertions that Western governments were asleep at the wheel.

They weren’t, they were just outfoxed by private interests.

The New York Times explains what happened next:

The ventilators were to cost less than $3,000 each. The lower the price, the more machines the government would be able to buy.

Companies submitted bids for the Project Aura job. The research agency opted not to go with a large, established device maker. Instead, it chose Newport Medical Instruments, a small outfit in Costa Mesa, Calif.

Newport, which was owned by a Japanese medical device company, only made ventilators. Being a small, nimble company, Newport executives said, would help it efficiently fulfill the government’s needs.

Ventilators at the time typically went for about $10,000 each, and getting the price down to $3,000 would be tough. But Newport’s executives bet they would be able to make up for any losses by selling the ventilators around the world.

“It would be very prestigious to be recognized as a supplier to the federal government,” said Richard Crawford, who was Newport’s head of research and development at the time. “We thought the international market would be strong, and there is where Newport would have a good profit on the product.”

By 2011, Newport had three low-cost ventilator prototypes ready. The plan was to have one approved and ready for the use by 2013. Then, like essentially every industry in modern times, the medical device industry consolidated. The business school reason is that bigger medical device companies can offer more products and better services to hospitals. The real reason is that consolidation is pure monopoly strategy. The bigger you are, the more leverage you have in negotiations.

In 2012, Covidien, a large medical device company, bought Newport and five other smaller device manufacturers. Within a year, despite the guaranteed contract and profit, Executives at Covidien shut Project Aura down.

Back to the New York Times:

Government officials and executives at rival ventilator companies said they suspected that Covidien had acquired Newport to prevent it from building a cheaper product that would undermine Covidien’s profits from its existing ventilator business.

In 2014, Covidien was purchased by Medtronic for $42.9 billion and shifted its headquarters from Minnesota to Ireland—to avoid taxes. Today, Medtronic is worth $126 billion. America still doesn’t have enough ventilators.

3. And we don’t have enough surgical masks, eye shields, and medical gowns.

The reason for this is somewhat straightforward. In the early 2000s, private equity started to invest in health care providers. As I’ve written about before, private equity isn’t actually that good at running a traditional business. It is good however, at transferring value from a business into management’s pockets. That’s exactly what happened in healthcare. Costs were cut, services were reduced. It happened in obvious places, like less nurses and doctors, and less obvious places like medical supplies.

Additional supplies come with additional storage costs—so private equity backed hospitals adopted just-in-time supply chain principles. “Keeping goods (PPE) on hand costs money,” NBC news reported, “and to private equity, that’s like putting dollar bills on a shelf.” It also accelerated an existing outsourcing trend. On a per unit basis, the difference between made-in-America and made-in-China PPE is tiny. “But when you’re talking about millions of units, it does add up,” Robin Robinson, the former head of the federal agency in charge of stockpiling protective gear told the Dallas Morning News. Today, only five percent of surgical masks are made in America. The rest are made abroad, who are understandably prioritizing their own citizens over exports.

Marc Andreessen fills the rest of It‘s time to build with similar out of touch truisms about education, housing, and life in America. In his mind, there’s nothing that can’t be solved by software.

We know one-to-one tutoring can reliably increase education outcomes by two standard deviations (the Bloom two-sigma effect); we have the internet; why haven’t we built systems to match every young learner with an older tutor to dramatically improve student success?

First, I absolutely love how he needlessly drops the “Bloom two-sigma effect.” There is nothing more Silicon Valley than using isolated research as a panacea explanation for a structural problem. Second, 15 percent of American students lack access to the internet at home. How are they supposed to connect to tutors? Through magic? My wife works for a low-income school district. They have mailed out tens of thousands of assignments to students—like they’re running a correspondence class in 1974. Peel back the onion a bit more and ask yourself, “Why don’t student’s have home internet?” The answer is simple. They are poor. The families can barely pay rent, let alone spend $75 a month on home internet. The solution here isn’t tutors, it’s low-cost high-speed internet, provided by the government.

This gets to the real issue, the real cause of America’s poor coronavirus response—inequality. You can find it in every aspect of the coronavirus, from who gets sick to who gets laid off. It seems like he forgets this.

Andreessen established himself as a serious Silicon Valley-type with his essay “Software Is Eating The World.” The essay’s general thesis is correct. Software is automating vast swaths of the American economy—making things much more efficient. Andreessen failed to realize that a lot of the past world’s inefficient parts were there by design—and they supported this thing we call society.

“Today’s largest direct marketing platform is a software company — Google,” he wrote, “Now it’s been joined by Groupon, Living Social, Foursquare and others, which are using software to eat the retail marketing industry.” This was correct. Prior to the rise of Google, retail marketing was a diverse industry—run by media companies. As software ate the advertising industry, the news industry lost 68 percent of its advertising revenue—a large portion of it transferred to Google’s pockets. The impact wasn’t spread out equally. Large established brands like the New York Times thrived, while 20% of local newspapers disappeared.

I’m sure proponents could argue that the advertising market was now more efficient. But at what cost? No local news creates news deserts, which leads to more public corruption, which leads to a worse society. From a financial perspective, new research suggests that less local news results in higher bowering costs for municipalities. From a human perspective, the middle-class of journalism was gutted.

In 2019, Google controlled around 38% of the online advertising market. Today, just five firms control 75% of the nearly $130 billion digital ad market. That’s billions of dollars that used to be distributed across the media landscape, from national to local publications, concentrated into just five firms.

Again—inequality. We’ve created a system that doesn’t build wealth. It transfers it from one group to another.

The Master Switch by Tim Wu is a masterful book on the rise and fall of information empires. He traces the evolution and industrial organization of the telegram, telephone, radio, television, and the ultimately the internet. His general thesis is that information technologies start with hobbyists, and gradually transition into gated monopolies as they gain widespread adoption. An information monopoly comes with massive responsibility. At one time, AT&T effectively controlled all of America’s telecommunications. From the wire on a telephone poll, to the phone connected to the jack, Ma Bell designed and maintained every aspect of the system. In exchange for the monopoly, and the profits it generated, Bell invested billions of dollars in basic technological research. Bell Labs, the company’s research arm, earned seven Nobel prizes. Over time, the responsibility mindset evaporated.

The old empires were suppressive and controlling in their own ways, yet each had some sense of public duty, informal or regulated, that they bore with their power. At their best, they were enlightened despots. But the new industries’ ethos held that profit and shareholder value were the principal duty of an information company. What reemerged was similar in body but different in its soul.

When Andreessen wrote It’s time to build he probably meant it as a call to arms. But he missed the point. The coronavirus is a reckoning of the new soul.