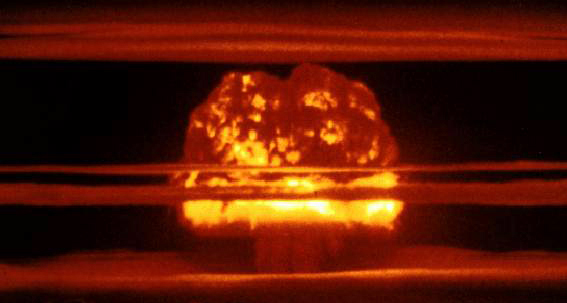 I have very few certainties in life. There’s life and there are taxes, but when Eric Schlosser releases a book you read it. That may seem like a bold statement, but it is the truth. With the release of Fast Food Nation, a 2001 book that examined the impact of the fast food industry on America, Schlosser became one of the few working journalists who can claim to have changed an entire industry.  “This is a fine piece of muckraking, alarming without being alarmist,” wrote the New York Times upon the book’s release, “Schlosser makes it hard to go on eating fast food in blissful ignorance.”

It took him over ten years, but Schlosser finally released his follow up, Command and Control, a book nominated for the Pulitzer Prize. I can say this with certainty; it is without a doubt the most comprehensive book on the systemic risk of any nuclear weapons system. It is impossible to read this book and not think to yourself, “I don’t understand how the world made it through the Cold War.”

The book centers itself on the Damascus Incident, a 1980 nuclear missile explosion in Arkansas that nearly blew the state in half. Schlosser takes a detour to trace bureaucratic and executive decision making that led to a place where the idea of Mutually Assured Destruction went from a punch line to stated American policy. It makes incredible and jarring points about the folly of complex systems. How the people most familiar with nuclear weapons were the most dedicated in their support for banning them. How armed nuclear bombs were routinely dropped and discharged, completely by accident. The book is meticulously researched, balanced and important.

I’m also not sure I would recommend it.

To put it bluntly the book was so detailed that I felt it detracted from the overall flow of the narrative. Unlike his previous works, I felt myself struggling through the middle of the book (although the last section that details the actual explosion is riveting). Instead, I’d recommend reading the excerpt published earlier in the New Yorker. The except doesn’t give a complete picture of how close the world came to ending due to minor lapses, but it gives a good enough glimpse.

Bottom Line: Command and Control is one of the most important books ever written about both nuclear strategy and the dangers of relying on a complex computerized system. If you are genuinely interested in those topics than it is a must read, if not, read the excerpts and reviews to get a general sense of how close we all came to not existing.