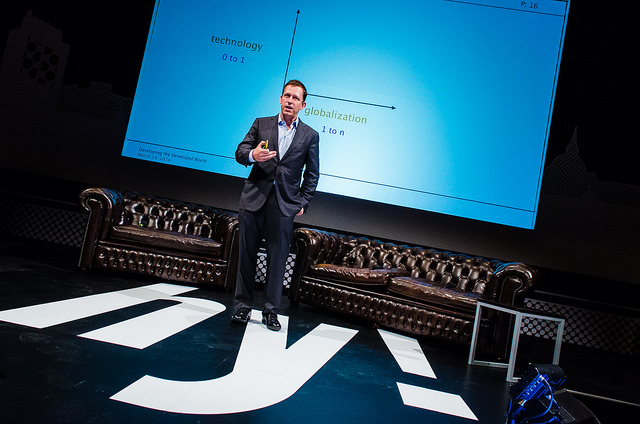 Each year hundreds of thousands of business books are published. Peter Thiel’s Zero to One is arguably the best business book of the decade. I’m not alone in this sentiment. The Atlantic called it “a lucid and profound articulation of capitalism and success in the 21st century economy.” New York Magazine said it was “surprisingly awesome” and The New Republic argued it “isn’t just entrepreneurial; it’s also ethical and romantic.”

Perhaps calling Zero to One the best business book of the decade was an understatement?

The book begins by asking a simple but contrarian question, “What important truth do very few people agree with you on?” The answer, according to Thiel, is that “most people think the future of the world will be defined by globalization, but the truth is that technology matters more.” Thiel describes globalization as taking what worked in developed nations and applying them in developing world. This moves the world from 1 to n. But if you invent a better way of doing things (how Thiel describes technology) the world moves from 0 to 1.

Thiel offers a lot of valuable advice on the topic. The most intriguing is his argument that capitalism isn’t about competition but rather creating a monopoly. He goes so far as to state “capitalism and competition are opposition.” For everyone on the right who is upset reading this socialist propaganda, realize that Thiel is about as pro-business as you can get without opposing all taxes. He founded Paypal in an attempt to create a virtual currency and supplant the US dollar. This would seem extreme if it wasn’t for his plan to build private islands exempt from the American government and international law.

All in all, Thiel’s book is an antidote to the bullshit percolating around the web. The world is now populated with charlatans and consultants of all stripes. Here is a guy who has actually built billions of dollars worth of value.

It is time we listen.