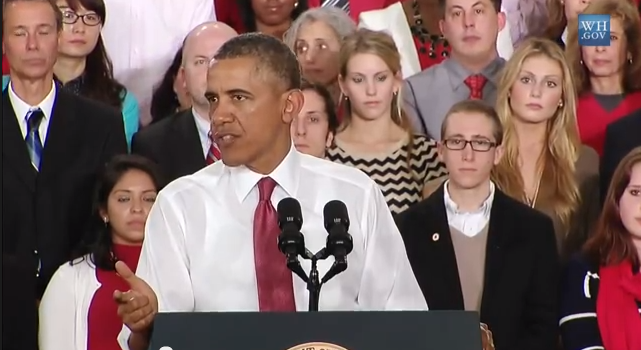 ast week President Obama announced plans to build a high tech industrial institute in Raleigh, North Carolina. The public/academic/private partnership will produce next-generation semiconductors, and is the first of 3 planned manufacturing projects by the Administration. “We’re not going to turn things around overnight,” President Obama told the crowd, but “we are going to start bringing those jobs back to America.” Stump speeches are great, but change happens is in the details, and the details haven’t been answered yet. The News Observer reported that specifics of the agreement “remain to be worked out in contract negotiations.”

One thing is clear, American manufacturing has been devastated in the last 20 years. The cause differs depending on which side of the political isle you stand, but it is hard not to believe that poor policy hastened the decline. According to a 2012 Yale study, the establishment of normal trade relations with China directly contributed to America shedding about 6 million manufacturing jobs from 1970 to 2007. Others  argue about labor unions killed the factory, technology hastened the death, and  the  gravity of globalization made the preceeding two irrelevant. The simple fact is that America is now defined by cheap consumer goods, rising structural costs (healthcare and infrastructure) and stagnant incomes. “You have an economy,” Obama told  The New Yorker in January 2014, “that is ruthlessly squeezing workers and imposing efficiencies that make our flat-screen TVs really cheap but also puts enormous downward pressure on wages and salaries.”

What do we do about it?

We start by turning one of the causes of the decline into the solution.

Essentially all economists agree that technology hastened the decline of American industrial labor, in fact I’d argue that most middle class jobs will be either replaced or supplemented by computers in the next twenty years. This is not unique to America or to modern information technology. Just as IT made many factory jobs expendable, the car killed horseshoe makers, and the cotton gin decimated hand weavers. In his latest book Average is Over, Economist Tyler Cowen chronicles the increased inequality of the American labor market, with a special focus on the impact of smart machines. Technology has replaced a large amount of middle class jobs with service jobs, and his underlying assumption is that artificial intelligence will do the same to accountants, lawyers and factory workers. The key questions facing future employees will be:

Are you good at working with intelligent machines or not? Are your skills a complement to the skills of the computer, or is the computer doing better without you? Worst of all, are you competing against the computer? Are computers helping people in China and India compete against you?

It is early, but these questions have not been answered yet. Will this initiative place workers in tandem with smart machines or in competition? If production and not analysis is the goal (Cowen argues that smart machines will eventually be used as a guide to production, where workers take a computer’s analysis into consideration but make the final decision), we may be jumping head first into a commodity pricing. The last 20 years have shown what happens when we tried to compete on price with humans. We can’t expect to win the battle against a computer.