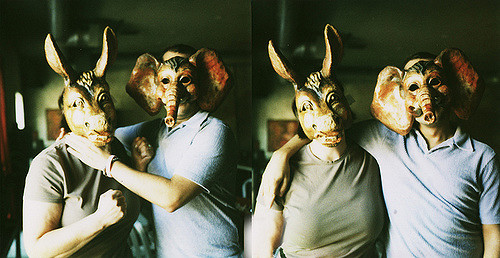 Matt Stoller’s How Democrats Killed Their Populist Soul is the best political analysis I’ve read all year. It offers a solid argument to how economic populism fell out of the national narrative—and accelerated the decline of the American middle class.

It’s hard to believe today, but seventy years ago Bernie Sander’s ideas were fairly common on the left. Stoller traces how they became rare. He examines the forces that moved the Democratic party from one in fierce opposition to monopoly power to one that embraced it. I really do hope Stoller has a larger thesis in mind, because I’d love to read a book on it.

I’d recommend reading the entire piece. However, I wrote up some highlights for the lazy below.

Prior to the 1970s Democrats were decidedly economic populists. The most famous was the founder of the New Deal—President Franklin Roosevelt. Stoller argues that despite the legacy of FDR’s social safety net, “the central tenet of New Deal competition policy was not big or small government; it was distrust of concentrations of power and conflicts of interest in the economy.” This distrust was fundamental to that era’s Democratic Party. It aggressively broke up monopolies and restricted the consolidation of private power through regulation (Glass Seagal Act, SEC…). It was also successful politics. Democrats only lost the U.S. House of Representatives twice between 1930 and 1994.

The Republican Party tended to support powerful business interests. It was the party of Northern capital (think Standard Oil). It generally represented policies that favored banks and large corporations. Democrats generally represented Southern and Western small businesses. A good portion of these were farms, who were in direct conflict with the banks over policies that impacted interest rates and agricultural speculation.

Unlike their predecessors, post-Watergate Democrats didn’t view big business as an adversary; they viewed it as an ally. They gained experience protesting the Vietnam War and rose to power when society seemed out of control. Nixon desecrated the government. Penn Central railroad filed for the largest bankruptcy in history. Nearly every American corporation seemed to be mismanaged. The new Democrats blamed government regulation and a needless bureaucracy as the problem—not consolidations of power.

Democrats adopted a decidedly supply-side view of the problems facing American industry. The new leaders agreed with the capital shortage argument long advanced by Republican economists. Regulation, labor power, and antitrust discouraged investment. Without investment, everything fell apart. If it isn’t clear, this is the exact opposite of pro-competition. This was the argument that brought Bill Clinton, Al Gore, and Barack Obama. Stoller rightly argues that Obamacare uses private concentration of power to deliver public benefits.

The problems that informed the old Democratic view are reemerging. I’m kind of sympathetic to the post-Watergate Democrats. After all, there weren’t any major issues with corporate economic power during their life. Pro-competition policies established by the New Deal prevented any major self-inflicted financial crisis from happening. After deregulating the powerful industries (finance in particular) the crises not seen since the early 20th century reemerged. They began to be repealed in the late 1970s. By the early 1980s Brady Bonds were common.