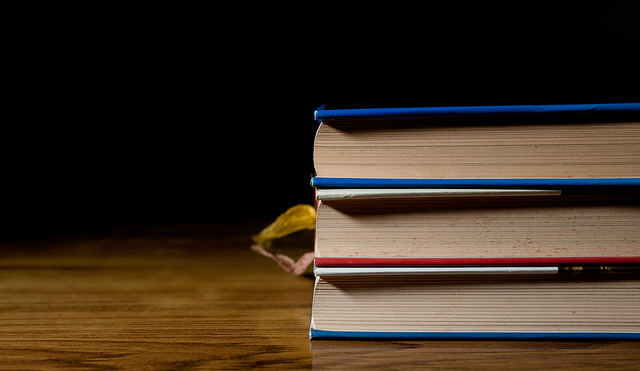 2016 was a bizarre year. Donald Trump won the Presidential election. The Chicago Cubs won the World Series. Uber grew its revenue and still lost $3 billion. It’s been 1,000 days since a major American suburb has poisonous water--and nothing has been done. General Electric re-made itself–again. A 74-year-old socialist almost won a major party’s Presidential nomination. The long-awaited digital revolution is finally happening. Solar power is now cheaper than fossil fuels. Thirty years of social change seemed to hit at once.

Like I said. 2016 was a bizarre year. Thankfully, books can help us make sense of what’s happening and what’s driving the trends. In a recent interview with the New York Times, President Obama remarked that reading allowed him to better digest the constant bombardment of information pointed at the office. It slowed the assault, helped separate the signal from the noise, and gave him perspective. Here are the books I read in 2016 along with a quick recap of the context they provide to the ever changing landscape. If reading recommendations are your thing, here are my recommendations for 2014 and 2015.

29. Making of a Good Name in Business – John Gurda

In the early 1900s, as crazy as it sounds, America’s innovation epic center may have been Milwaukee. Industrial metal fabrication was the computer industry of the era, and in a span of about twenty years, 10-15 companies that dominated the mid-1900s sprouted within few miles of Lake Michigan. Six came from a 3-4 block radius in what is now known as Walker’s Point. I read these two books to figure out why this happened, and why it wasn’t sustained.

Making a Good Name in Business is a Falk Company commissioned book by the city’s leading historian. It’s no better than a press release. Making Milwaukee Mightier is an academic book on civic planning. I wouldn’t recommend either.

Superman is a symbol of Truth, Justice, and the American Way. What if he landed in the Soviet Union instead of Kansas?

25. Based on a True Story – Norm Macdonald

Norm Macdonald is one of the best comedians of all time. Besides being the best Weekend Update host of all time, he’s a Tolstoy quoting sports fanatic. He didn’t write a traditional celebrity memoir. Instead, he wrote a fictionalized version of his life. Some parts hit, but most parts miss.

Judd Apatow has had a bigger impact on modern American comedy than anyone except Lorne Michaels. Besides directing and producing nearly every major comedic hit of the last 15 years, he’s been interviewing comedians for the last 40. Starting in high school, Apatow began interviewing his favorite comedians about comedy. This book is a transcription of the conversations.

I read this out of teenage loyalty. It’s exactly what you’d expect a Harry Potter play, not written by JK Rowling, to be.

22. Bacardi and the Long Fight for Cuba – Tom Gjelten

Gjelten traces the rise of the Bacardi spirits empire against the fall of Cuba. Bacardi, one of the only internationally successful Cuban firms, and was a rare progressive company in the gilded age. It was also closely tied to the Cuban fight for freedom, and literally funded the country’s revolution. The firm then watched as a series of dictators and foreign governments drove the country into the ground–forcing the nation’s golden child to escape abroad.

Morris outlines how America’s key contribution to the industrial era wasn’t technology or science, but rather the ability to bring their benefits to the masses. An enlightening book, but drier than dry. Here’s a full review.

20. But What if We’re Wrong? – Chuck Klosterman

Most Klosterman books use a mixture of pop-culture and interesting insights to examine a trivial idea (what makes a villain) in an interesting manner. This book takes an interesting idea (How will history judge the current time period?) and examines it through trivial insights.

Jean Edward Smith’s Eisenhower: In War and Peace is one of my favorite biographical books. It perfectly balances history, strategy, with keen analysis. Sadly, I’m disappointed by Smith’s two other Presidential biographies. Neither of the two were heavy on analysis. Grant was a sympathetic biography that chronicled the Civil War while arguing Ulysses’ poor Presidential reputation was the result of coordinated Southern revisionism. FDR was engaging and well written, but never really went into any analysis regarding his life. The logic or motivations of Franklin Roosevelt’s New Deal were not covered. Instead, it read like a chronological recording of his life.

Abrams’ oral histories established him as one of the best chroniclers of basketball history. This book cements him as one of the few sports reporters capable of writing not only about sports but about the larger societal impacts. In this case, the impact of high schoolers skipping college basketball for professional millions.

All three are fun thrillers perfect for a long weekend or beach vacation.

12. Your Favorite Band is Killing Me – Steve Hyden

I bought this book out of loyalty to a fellow rock loving Wisconsinite. I was hoping for Klosterman-lite. What I got was a fully formed writer who mixed music with his own entertaining and petty projections about life. Hyden argues that the only real rivalries in modern music are the ones we project based on our own biases. I think you could apply this to most fields and it would be accurate.

As I said in my original review, if they gave awards for the most comprehensive business books of the last ten years Factory Man by Beth Macy would be an unlikely–but worthy contender. It isn’t a feel-good call to revitalize American industry through “disruptive innovation”, but a deeply reported narrative on the rise and fall of the American furniture industry. Macy examines the choices that management and politicians made—and one enterprising Executive who refused to see his company caught up in the tide.

9. The Nordic Theory of Everything – Anu Partanen

Anu Partanen was a Finnish journalist who lived a nice middle-class life. She wasn’t rich but had few financial worries and money to spend. Then she fell in love with an American and moved to New York City. Partanen examines the differences in how America and Scandinavia define “freedom”. Partanen makes a solid case that Americans need to rethink their conception of freedom from “choice” to “opportunity”.

Gertner makes the argument that nearly every single improvement in modern communications can be traced back to one lab, at one company, in one country. The lab was Bell Labs, the company was AT&T, and the country was America. In addition to providing an exhaustive history into the Lab’s scientific achievements, Gertner explains the management philosophy and the regulatory framework that generated trillions of dollars and millions of jobs. Again, here’s a longer review.

Elon Musk is the new Howard Hughes—a celebrity industrialists who pushes society towards progress. Vance delivers an effective portrait that sometimes delves into worship. However, it’s hard to blame him. In an era increasingly defined by graft, true titans of industry like Musk are rare.

Foroohar’s book is a well-meaning and well-researched book on the modern economy. Not the economy that we hear about on the nightly news or in sound bytes, but the actual structure and incentives driving modern business. The Financial Times columnist makes a good case that the modern financial system is hampering America’s ability to innovate. The good thing, she notes is that none of this is permanent. “We can remake [the economy] as we see fit to better serve our shared prosperity and economic growth.” I wrote a larger review here (which I took this paragraph from).

Doug Stanhope is an acquired taste. He’s also my favorite comedian. This is his book.

The final two books in a breathtaking three part series capture the civil rights movement in a way never seen before. Righteous and personal, the books deliver the hopeful message of progress; while ensuring the civil right’s movement’s struggles and fierce opposition aren’t forgotten to history. I truly hope that the book becomes standard reading in high schools across America.

2. Stories of Your Life and Others – Ted Chiang

When science fiction is done right, there’s no better form. It’s hard to imagine a better collection of stories that examine the impact of technology on human existence. “Stories of Your Life” was recently adapted into a well-reviewed movie and is unquestionably the main draw. However, each story in the collection is worth reading. “Tower of Babylon” examines religion through technological progress and hard work and “Understand” is a classic techno-nightmare perfect for the modern era.

In the next 10-20 years, 2016 may be largely remembered for the rise of Western fascism. It could also be remembered as something much different. Instead of the shattering of democracy and 60 years relative peace, it could be the canary in the coal mine. It could serve as the catalyst that forced society to address social, legal, and economic inequalities that fermented over the last fifty years. The consequences of shuttered factories, financial greed, and a devastated social safety net are finally being felt. Fascism is a political choice. So is a democracy.

In Age of Ambition, Evan Osnos describes how China managed a similar transition and the choices and consequences it created. In under forty years technology, low wages, low regulation and a communist-capitalist hybrid system propelled the once agrarian society into an economic powerhouse. China’s strategy generated a massive amount of new wealth—its GDP per capital increased by a multiple of 5 and it now has more billionaires than America. But at what cost? Pollution is so bad in many cities that people can’t go outside for days at a time. Corruption is an epidemic. Social liberties and economic mobility are non-existent. These consequences (good and bad) are the result of choices people made to embrace and defend against the complex challenges facing society. Technology, globalization, inequality are all trends that every government and business must address. Osnos examines China’s choices and their social and individual impact. Understanding how one person’s world went from rural farming to the knowledge economy is a hard task. Distilling the thoughts and attitudes of a billion people and putting it in the context of modern society is a seemingly impossible one. Osnos accomplishes it.

I wrote a larger review here.