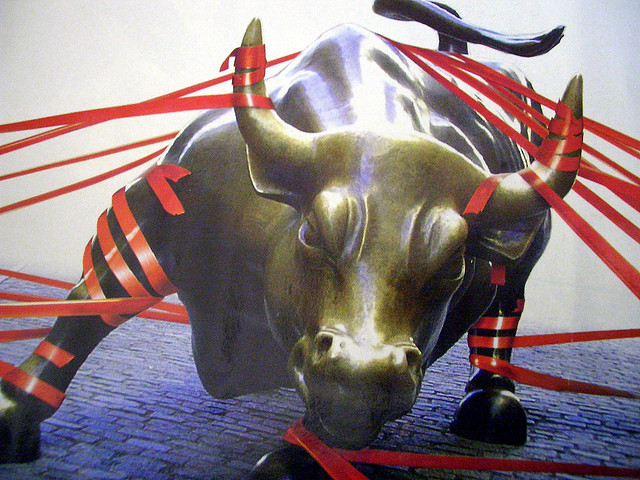 In May 2009 The Atlantic Magazine published an article by Simon Johnson titled, “The Quiet Coup.” Today, “The Quiet Coup” stands as one of the watershed articles on the 2008 financial crisis. Johnson, the former Chief Economist of the IMF, argued that roots of the financial crisis was not interest rates or poor people taking out loans they could not afford, but that financially and politically the United States had more in common with Russia than Germany.  “Elite business interests,” he wrote, “played a central role in creating the [financial] crisis, making ever-larger gambles, with the implicit backing of the government, until the inevitable collapse. More alarming, they are now using their influence to prevent precisely the sorts of reforms that are needed…”

To put this in entertainment terms, the closest thing to Johnson’s pronouncement would be if Meryl Streep suddenly gave up serious acting and began producing hard-core pornography.

It is also the exact reason it is a classic article.

As the Chief Economist of the IMF, Mr. Johnson set the organization’s research agenda and navigated emerging market financial crises in Ukraine, Russia, Indonesia and Thailand. According to Johnson, the crises were all different but structurally the same. Each crisis played out like this: In good times domestic corporate executives (who had a lot of pull in policies) overextended their companies. They made large investments with the implicit expectation that the government would bail them out when they failed. When things went bad, the governments had to choose which firms would survive and which firms would fail. “The real fight in Thailand and Indonesia in 1997 was about which powerful families would lose their banks,” wrote Johnson, “In Thailand, it was handled relatively smoothly. In Indonesia, it led to the fall of President Suharto and economic chaos.”

For example, by 1998 Indonesian corporations had borrowed over $65 billion to build sneaker factories and low-level technology firms. That money largely came from Indonesian banks financed by Western sources. That year, because the Suharto regime  was corrupt and mismanaged, the country  had to float their currency causing a rapid devaluation. Suddenly a $65 billion in loans turned into $120 billion.  Credit shrunk and production in the country dropped by over 20 percent.  The IMF extended an emergency loan that forced the government to “eliminate many of the Government concessions and licenses that have enriched the Suharto family.” In English: Friends of the regime saw their state sanctioned monopolies vanish. People who bet $10 billion because they assumed they couldn’t lose lost.

Johnson warned that the same fight was happening in America, only this time the vested business interests won. After the 2008 financial crisis the US government rescued the industry, changed nothing and assumed all the risk. Why did the banks win? Johnson believes it was financial, ideological and political clout. Consider this: From 1973-1985 the financial sector never earned over 16% of the country’s domestic profits, from 2000-2009 it earned about 41%. The result was a “whole generation of policy makers mesmerized by Wall Street, always and utterly convinced that whatever the banks said was true.”

The challenges the United States faces are familiar territory to the people at the IMF. If you hid the name of the country and just showed them the numbers, there is no doubt what old IMF hands would say: nationalize troubled banks and break them up as necessary.