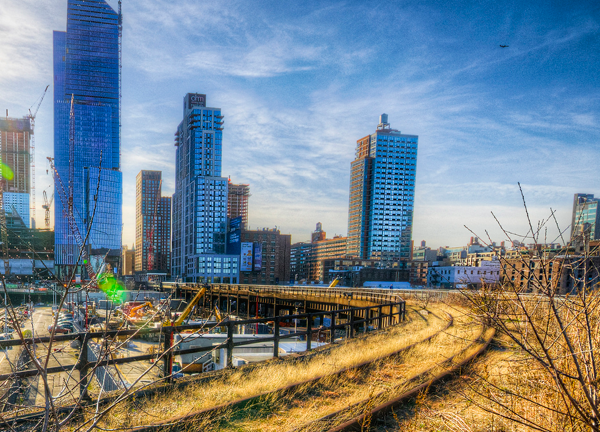 In the early 1940s, Joseph Schumpeter, a Harvard economics professor, was researching business innovation. At this time, innovation wasn’t really something that was studied, it was just something that occurred. Outside of Bell Labs, no organization seemed interested in investigating how great ideas came to be, and how they were scaled to society. Schumpeter was one of the first academics to take up the issue. He focused his thoughts on one of the major veins of American industry—railroads. In his lifetime railroads went from a novel invention to a technology that disrupted every facet of the American economy. But his primary interest wasn’t how the railroad connected New York with Los Angeles. It was how it burned a previous economic system to the ground and rebuilt a new—more efficient one—in its ashes. Schumpeter’s key discovery was essentially that competition creates innovation.

Since its inception America’s economy revolved around subsistence farming–most people grew what they ate and sold whatever scraps left over at the local market. That system is what Thomas Jefferson, a wealthy plantation owner, waxed poetically about. Railroads changed all of that. Not only did it create massive wealth, lay the foundation for both modern American finance and telecommunications, but it was one of the world’s first flatners. Seemingly overnight, the grain fields of Kansas were connected with the stockyards of Chicago. Like the internet would later do to information, this advancement essentially democratized meat. An average person in New York City could now afford meat a few times a week. The supply side of the equitation was much different. Kansas farmers weren’t just competing against their neighbors at the local market; they were suddenly competing against every farm in the region.

Just as Adam Smith predicted, the competition led to innovation. To get greater yields, farmers began experimenting with crop rotations. Industrious inventors created mechanized machinery that increased farm productivity. Refrigerated railcars added weeks to the available shipping schedules. A new efficient economy replaced a system that worked for thousands of years. “This process of Creative Destruction is the essential fact about capitalism,” Schumpeter wrote in Capitalism, Socialism and Democracy. Creative Destruction quickly came to the railroad itself. In 1840 about 7,000 people worked for the railroads. In 1920, the number ballooned to 2.1 million. In the last 50 years entrepreneurs have introduced more efficient rail technology and new forms of transportation (air and long-haul trucking). Today, about 235,000 people work on the rail. Creative Destruction, Schumpeter summed up, “It is what capitalism consists in and what every capitalist has got to live in.”

Competition creates innovation. Or does it?

In the last generation, Schumpeter’s idea of Creative Destruction has been used to defend capitalism against its critics—typically by the American right. The logic is both simple and persuasive.

The only proof you need is a list of the biggest industries of the 20th century. Nearly all originate from capitalistic societies. I should point out that using “Creative Destruction” as a defense for capitalism is somewhat ironic. Schumpeter himself was a critic of capitalism. Like Karl Marx, a man he spent the last portion of his life analyzing, Schumpeter thought capitalism was doomed. He just didn’t celebrate it like Karl. “If a doctor predicts that his patient will die presently,” he wrote, “this does not mean that he desires it.” So I guess we can throw Creative Destruction into the long list of things (1. Bruce Springsteen’s “Born in the USA”) that the modern American political right adopted, without fully understanding the context. I believe in the above logic. Capitalism and competition leads to innovation. But the question needs to be asked: If this statement is true, why isn’t America more innovative?

Every year Bloomberg ranks the world’s most innovative economies across six tangible metrics that actively contribute to innovation. The metrics include a variety of measurements including a country’s commitment to R&D and patent activity and efficiency. The list is in no way scientifically accurate, but given what we know about the drivers of innovation, it’s very substantial attempt at ranking the world’s economies. You can find it below:

What’s surprising, is that only two of the top ten are predominately capitalistic societies: Singapore (6) and the United States (8). The rest are social democracies that place a capitalistic economic system on a socialist social structure.

If capitalism involves competition, and competition leads to innovation, how are the United States and Singapore not number 1 and 2?