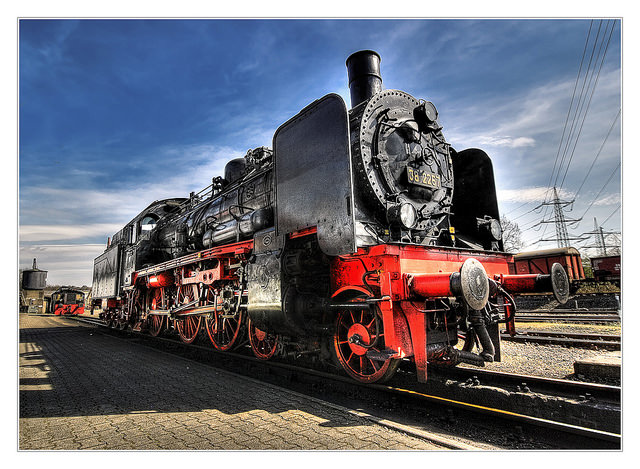 In Dawn of Innovation Charles Morris argues that America’s economic dominance wasn’t driven by science, technology or ingenuity, but our commitment to mass production (scale). “The dominating American characteristic across all major industries,” he writes, “was the push for scale—adapting the production methods, the use of machinery, and the distribution to suit the product.” Viewing the world through this lenses reveals two myths; applying it to modern times illuminates the biggest issue facing modern governments—How to scale innovation in a knowledge economy.

NOTE – Scale in this context does not mean the modern “growth hacker” definition. Instead, it means the political, social, and business networks required to bring a product to the masses.

In the 1800s gears, not microprocessors, ran the world. Today, corporations invest billions of dollars on migrating to the cloud; 200 years ago that money went towards systems that mass produced precision gears. It seems silly now, but these gears powered the next 150 years of industrial output. Steam engines needed gears. Guns needed gears. Clocks needed gears. Nearly everything in the mechanical age was powered by toothed wheels, working together to power inanimate objects. Almost every investor wanted to be in the gear business.

Why? According to Morris, it was because they weren’t located in England, where “naval and other high-end engineering applications had created a market for high-precision scientific instruments for astronomy, surveying, and a host of industrial uses.” One French nobleman researched the newest technologies and attracted the era’s brightest minds to Paris. By all accounts he was an exceptional individual. His noble birth gave him access to the continent’s best education. He had capital. He had gear designs that were more advanced than his competitors. On paper, the start-up should have worked. But he had no chance. English naval spending drove the industry and without a network of buyers, suppliers and sales agents to connect with, his company faded into history. The moral of the story? Social networks matter.

Science and engineering are undoubtedly important for innovation. Together, the two disciplines push the world forward. However, they aren’t the sole drivers. You can still generate incredible innovation with “B” level science—if it is targeted at the right markets. “Throughout the nineteenth century,” Morris explains, “Americans were students to the British in steelmaking and most other science based industries.” By the turn of the century America was an undisputed innovation and economic powerhouse. How? We targeted our production methods towards the masses. Prior to America, clocks and ovens were reserved for the wealthy. Once the items were scaled, large economic networks developed to produce, market, sell and support the goods.

Scale Innovation in a Knowledge Economy

Industrial America became an economic powerhouse because it created the political, social, and business networks to scale the era’s products. Here’s an incomplete breakdown:

What do I mean by that? Let’s take the first point: Relatively low barriers to enter an industry.

The knowledge economy moves at a rapid pace. This means people and businesses must be free to quickly adapt and take advantage of opportunities. On paper, it has never been easier to start a business. Paperwork is streamlined, regulations are cut, and capital is easy to find. However, there are new problems not found on a traditional balance sheet that destroy innovation. Research has shown that tying health insurance to an employer creates “entrepreneurship lock,” discouraging otherwise entrepreneurs from creating new business because they can’t afford health care. According to City Lab, bad infrastructure has the potential to wipe out the economic benefits of cities. Student loan debt is crippling young entrepreneurs–over 2 million people report it as a barrier to entry, and antiquated IP protections discourage innovation. None of these will be found on a balance sheet. All of these impact people’s ability to enter and compete in an industry.

This is obviously an incomplete list, however, for all our talk about building an innovative society we’d be best served to look to the past. Morris revealed that a solid social system matters much, much, more than we’d like to realize.