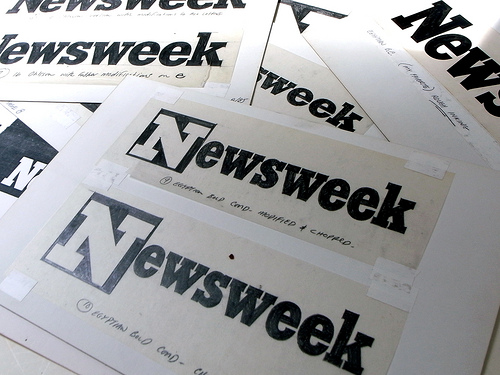 After a 14 month absence Newsweek returned to print with a splash. The 91 year old publication reported the identity of the creator of BitCoin, a new and somewhat controversial currency used by millions. The article sent shockwaves through the Internet, and propelled the alleged founder, Satoshi Nakamoto, and Newsweek to the forefront of the news cycle.

This is a far cry from seven months ago when Newsweek’s publisher left it for dead. “I wish I hadn’t bought Newsweek,” a disappointed Barry Diller told BusinessWeek, “it was a mistake.” Diller bought the publication in 2010 for $1 (He also assumed all existing liabilities) and promptly hired star editor Tina Brown to turn it around. The first thing she did was to drive the publication straight into a wall. In August 2013 Diller sold the company to IBT Media for a small sum.

In just seven months IBT Media tripled Newsweek’s online readership and felt confident enough to start the printing presses again. How did they do it?

A growth hacker wraps messaging into the fabric of the lives and thoughts of users. A growth hacker will leverage across disciplines, pulling in insights from behavioral economics and gamification, to find the right message to pull in users.

The rebirth of Newsweek can best be viewed from this context. Tina Brown’s Newsweek relied on the idea that she, rather than the readers and writers, knew best.

Tina Brown has been savaged since Newsweek’s decline.  I will spare you the details, but here is the general gist. She is the type of person who thought it was a good idea to hold a 800-person fireworks show with the Statue of Liberty in the background to celebrate the launch of her magazine. It went bankrupt three years later. What’s strange is that this extravagant display looks like a good idea compared to her controversial merger between The Daily Beast and Newsweek. In 2010, The Beast was an upstart news aggregator and Newsweek was a failing legacy brand. Together they combined to lose $30 million in the two years prior to the merger. Brown thought it was a great idea to combine the two into a large albatross. “It was always a quixotic project to blend a buzzy, growing Web site with the most outdated of print relics, a newsweekly,” The New York Times later reported.

From the day she took control things went wrong. Brown had an vision based on the old publishing paradigm rather than the new one. She went on a spending spree to bring in big budget names like Simon Schama, Michael Tomasky and David Frum. She paid for intricate photography, unnecessary reporting trips, and out of touch cover stories. Brown denies that she, a fifty-something millionaire, was out of touch. “I was the first person to do anything on ‘Breaking Bad (the article appeared in 2011, Breaking Bad debuted in 2008),’ she told reporters after the fact, “Nobody knew what ‘Breaking Bad’ was around here at all.” This is the same woman who produced a cover story on Regis Philbin. In 2011.

What would a growth hacker do?

As soon as the duo built a sizable readership at International Business Times they tested content and analyzed metrics. The New York Times explained:

Dry corporate-earnings articles larded with financial data, for example, were poorly read. But Mr. Davis discovered that readers landed on earnings pieces by searching for a company’s products. So IBT began to de-emphasize numbers in earnings stories while highlighting a company’s product pipeline.

Contrast this approach with the previous administration. Once Brown assumed control over the magazine she made the following improvements:

People outside the magazine who have seen the current prototype described it as recognizable as Newsweek in name only. [1] The paper is thicker and glossier. [2] There are more photographs and a greater use of white space. [3] It incorporates The Daily Beast brand in a new section called NewsBeast. [4] Advertisers have been told the back page will be a column written by a different notable figure each week discussing a professional blunder.

Now it is impossible to know how Brown (if she even did) tested the ideas, but let’s quickly examine the mindset a growth hacker would take to these improvements.

1. Thicker paper. Thicker paper equates with a premium product, but is Newsweek’s content really on par with The Economist or New Yorker? No, it isn’t. Either start crafting online only premium content that you can track or test the thick paper assumption with a ‘premium seasonal edition’ of the publication. As a one off, create a “Seasonal” preview that spotlights a handful of stories and gives an advanced analysis of the issues.

2. More photographs and white space. Start with the online version of The Daily Beast. Every 2 weeks slightly modify the format. Add more pictures; add additional white space, change fonts–anything to see what works. If it tracks, try it in the publication.

3. NewsBeast. Is this brand convergence really a good idea? The Beast was a light daily update while Newsweek fancied itself a classical magazine. Before instituting the merger track web exists and entrances to see if integrated content is something readers even want.

4. Professional Failure Stories. Wait, is Newsweek a magazine of current affairs or a career booster? Are there metrics to show that this topic is even relevant?