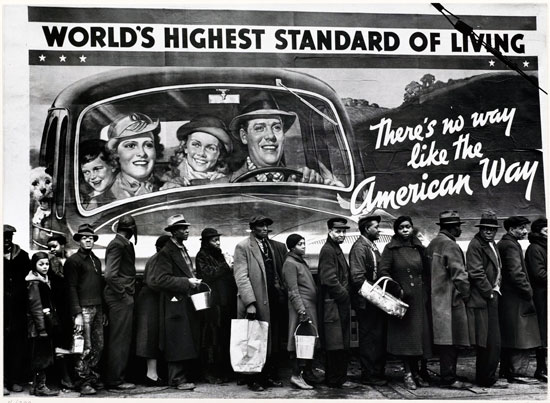 This post begins with me sitting in a conference room that overlooked the capital city of a developed country. The room was filled with a handful of Ivy League MBAs, a former officer at a major international bank and two high-level government officials. We were tasked with developing a strategy for the nation’s financial service industry. They viewed themselves as the next Dubai or Singapore, but lacked the infrastructure and history of success. Across from us sat an executive at the second largest corporation in the nation. Her job was to direct the company’s overall strategy. That morning we were there to ask ACME Corporation questions around the private sector’s views on the financial system.

I understand how absurd the last paragraph sounds, but it is the truth. Less than five years after the worst financial crisis since the Great Depression, where financial malfeasance ruined lives and erased trillions of dollars from the world economy, a country with very little experience in financial services wanted to turn themselves into a global hub. This idea wasn’t decided over night. Prior to the crisis the government spent millions courting investment and developing a 700 page “high level” document that promised to turn a beginner into an international powerhouse.

Now that the dust settled and trillions in government guarantees propped up the international financial markets it was our job to create a strategy to implement part of the existing strategy. (If that last sentence seems counter intuitive, I’d like to welcome you to the world of public sector consulting.)

Before we flew over I skimmed the bulk of the original 700-page strategy document. Two things stuck out:

I should clarify point number two. I can’t get into specifics around the strategy (Pesky NDAs), but I will say this: It made perfect sense if we lived in a world that didn’t make any sense. The entire document was rooted in broad neo-liberal theory and not reality. It was as if a rich, 300 pound, 48 year old hedge fund manager wanted to make the NBA and the number one item on his 700 page to-do list was to hire an agent.

Imagine my relief when the ACME Corp executive interrupted the policy pitch and stated, “I don’t understand how this is plausible.”

It was an awkward and obvious silence.

Thomas Piketty’s Capital in the Twenty-First Century is that awkward and obvious silence. It is a wake up call to modern economics that eviscerates fifty years of American economic thought on income inequality. The book, which the World Bank called one of “watershed books in economic thinking” and Paul Krugman dubbed “the most important economics book of the year — and maybe of the decade,” argues that the world is entering an era of “patrimonial capitalism” where birth matters more than skill.

I am about ¼ of the way through the book and what I find most interesting isn’t Piketty’s argument (although it is incredibly persuasive) but that he is attacking modern economics head on.

“Economists are all too often preoccupied with petty mathematical problems of interest only to themselves,” he wrote. “This obsession with mathematics is an easy way of acquiring the appearance of scientificity without having to answer the far more complex questions posed by the world we live in.”

I’ve taken about twenty economics courses in both America and Europe and this is the truest statement I have ever heard. Much of modern economic theory is correct in a vacuum but falls apart when introduced to the forces of reality. Solow’s growth theory is a defining foundation of international economics and argues that over time economic growth will remained balanced, with equal amounts going to labor and capital. John Cassidy points out in the New Yorker that this simply isn’t true. “[T]he share of income going to wages and other forms of labor compensation dropped from sixty-eight per cent in 1970 to sixty-two per cent in 2010.” That’s nearly a trillion dollars.

Piketty realized this contradiction early and found himself a tenure-tracked professor at MIT at the age of twenty-two. “Yet I also realized quite soon,” he wrote, “that I wanted to return to France and Europe.” He did three years later. Why would a young Professor at one of the world’s best universities give up the security and esteem and head to Paris?

I was only too aware of the fact that I knew nothing at all about the world’s economic problems. My thesis consisted of several relatively abstract mathematical theorems. Yet the profession liked my work…The discipline of economics has yet to get over its childish passion for mathematics and for purely theoretical and often highly ideological speculation, at the expense of historical research and collaboration with the other social sciences.

ack in the conference room I expected senior officials to defend a policy that would shape the nation with specifics. But they didn’t. They didn’t talk about the success of similar countries. They didn’t mention an actionable recruitment plan. They replied with ideological speculation on the power of free markets.

In the end we were able to adjust our strategy to fit more achievable and attainable recommendations that can help the country on its path. We can only hope that Capital in the Twenty First Century serves as a similar wake up call for all economists and policy makers.