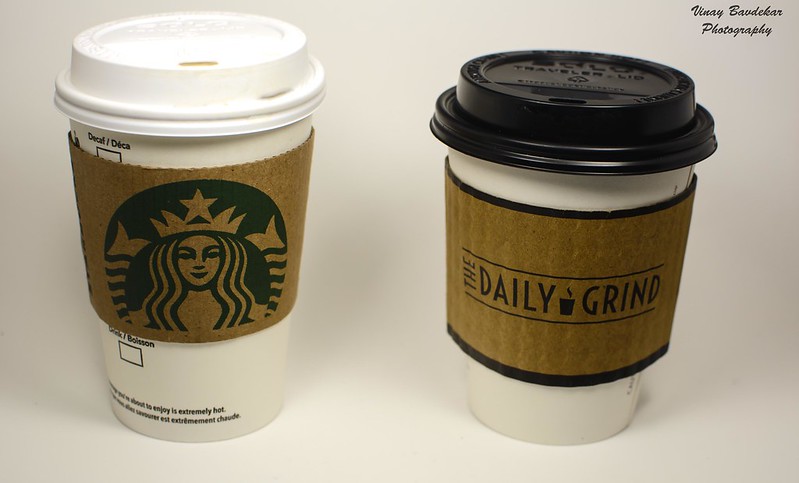 Early in her newest book, Break ‘Em Up, Zephyr Teachout retells the story of an Amazon air hockey seller. The seller, whose air hockey table was one of the top-3 search results until Amazon introduced sponsored ads. Coincidently, despite years of sales and popular reviews, the product dropped off the search charts with their arrival—even the free organic results. Potential buyers in the America’s largest online market could no longer find the product. In a desperate act to regain volume, the seller decided to spend $5,000-$10,000 a month on Amazon sponsored advertisements. As if magic, a product that mysteriously dropped off Amazon’s organic search results, found its way back to the top after it bought thousands of dollars of advertisements.

The resulting system is the opposite of a competitive market — it’s a kickback regime. Amazon sets up an allegedly neutral system , and then charges fees to game that system, calling those fees “ advertisements. ” Sellers compete over how much they can pay Amazon to get access to consumers.

This example speaks to the heart of Break ‘Em Up. Teachout argues that large private monopolies are forms of tyranny that destroy our economy and democracy. The small air hockey seller is not free to conduct business if they’re forced to purchase thousands of dollars of advertisements from the only online market that matters. According to Teachout, the only way to combat the tyranny is to target the heart of the issue: the business model itself.

In my opinion, Zephyr Teachout is one of the most important figures within the modern progressive movement. She’s a lawyer, law professor, author, and multiple time candidate for public office. Unlike a lot of her contemporaries, her arguments and solutions aren’t driven solely from a moral standpoint. Instead, she provides a moral vision with a fierce defense of competitive markets and cost-savings—something every business minded person should hold dear to their heart. Take the popular progressive position of Medicare (universal health care). Zephyr supports it, but wants to move past the discussion of universal coverage and into the structural issues driving health care cost: private monopolies.

Here’s the rub: driving down prices is much harder when the government is negotiating with a powerful monopoly than when it is negotiating in a competitive market. Healthcare expert Phillip Longman has written several persuasive articles about consolidation in the drug market, and the healthcare industry more generally, and the risk that this consolidation poses to nationalizing plans. If a single payer plan was enacted without additionally addressing the monopoly problem, he argues, government could end up effectively subsidizing big pharma, and big hospitals, and keep paying enormously high prices. Those costs would shift back to the public—in the form of taxes.

Single payer care is necessary for humane reasons, and for the extraordinary reduction in administrative costs. But why not demand both single payer and breaking up drug monopolies?

Basically, Zephyr Teachout has the courage and the moral conviction of Ralph Nader, but the vision to see the structural issues driving our society.

Break ‘Em Up is structured into two parts. The first argues that private monopolies have destroyed a lot of what we consider society. The second is what to do about it. One of my favorite things about this book is how she frames business taxes. The earlier $5,000 to $10,000 ‘advertising’ fee that the small business pays every month isn’t advertising. It’s a private tax, imposed by Amazon in order to access the market. Unlike public taxes, which go to fund roads and schools, this goes straight into the pocket of Jeff Bezos—who is current worth around $200 billion.

She walks us through a variety of industries and the monopolies that impose private destructive taxes on each: Tyson and Farming, Facebook and Journalism, Amazon and Retail. The stats are particularly damning in farming. In 1985 farmers were paid about 40 cents for every dollar Americans spent on food. Today, that number is down to 15 cents. The money has shifted from small producers, to large manufacturers and retailers.

The first part of the book is well written, but unless you’re new to the anti-monopoly thought, it isn’t particularly groundbreaking. In my opinion, The Curse of Bigness by Tim Wu (who she ran for governor with) and Matt Stoller’s Goliath do a little bit better job explaining the evolution, history, and impact of the rise of private monopolies. Where Break ‘Em Up really shines is in the second part—what to do about it.

If you regularly read this blog, you know that I write and work at the intersection of politics, technology and consumer products. I’m generally partial to the plight of consumer products companies—this isn’t to say they’re blameless—but most are effectively powerless against large retailers. The reason for this is quite simple–we quit enforcing free trade laws.

For most CPG companies, two retailers (Walmart and Kroger) constitute 30-35% of sales. If one of them says an item’s price needs to be lowered—it’s going to get lowered—and the manufacturer is going to take the margin bite. They simply can’t risk getting their item take out of the store. The only way they’re able to negotiate is if they have a large portfolio—either raising prices elsewhere or making it up in overall volume. Either way, the underlying structure pushes companies towards consolidation—like the mega-merger of Kraft-Heinz. Break ‘Em Up is one of the first books that I’ve read that gives concrete framework to stop the structure from happening.

1. Open, competitive markets, working together with publicly provided services and neutral infrastructure, are necessary for economic liberty. There is no one-size-fits-all answer to every industry, but unregulated private monopoly poses a unique threat. Private corporations with too much power raise prices for consumers, depress wages for workers, choke off democracy, and regulate all of us.

2.  To preserve rough economic and political equality, we should make it easier to organize people and harder to organize capital. It should be as easy to unionize, or to create a cooperative, as it is hard to merge goliaths.

3.  It’s better to err on the side of decentralized private power. Democratic governance is messy and will lead to mistakes, but corporate government will lead to tyranny.

To me, some of her most powerful writing is when analyzes Michael Sandel’s What Money Can’t Buy, a book that argues the typical progressive line on capitalism—that it’s bad and needs to change for moral reasons. Her response is phenomenal and I think shows a viable path forward to popularizing progressive policies across the ideological spectrum.

Sandel’s approach is dangerous because it closes down an arena of moral action and redirects activism away from breaking up big corporations. It makes us ignore market – structure problems. If we treat markets as a kind of necessary infectious disease that one must cordon off, instead of institutions that can be wonderful or corrupt depending on how they are structured, we stop trying to fix them. And while a few people think the state should make shoes and grow carrots, most people — including myself — imagine most of economic life happening through private exchange.

Zephyr’s solution isn’t to regulate out markets. The solution is to regulate markets in a way that works for people. She then provides a framework that isn’t just theory, but practical and proven.

All in all, Break ‘Em Up is a nice addition to the modern anti-trust movement by one of its most important practitioners.